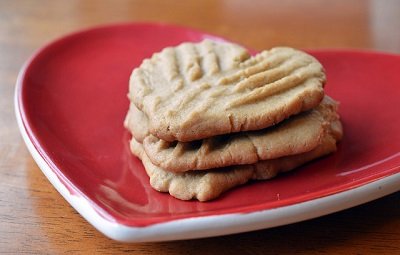 Stomachs of some genetically susceptible people just can’t stand gluten. After such individuals eat gluten (a protein hard to avoid as it’s contained in wheat, barley and rye), they develop all kinds of gastrointestinal problems, but also other manifestations, such as joint pain, fatigue, depression, and infertility.

As the matter of fact, bodies of some pe0ple become so disturbed by gluten,  that they develop celiac disease – an  autoimmune reaction which occurs when gluten triggers the immune system to attack the lining of the small intestine.

So let’s have a look on whether eliminating gluten brings any real benefits and who should consider that step.

The word is out. A gluten-free diet previously used to treat only celiac disease is now praised and considered to help with infertility problems. Even those who don’t have celiac disease, but who are gluten sensitive, may benefit if they eat gluten-free food.

Gluten is known to cause inflammation not only in the gut, but throughout the body. Chronic inflammation is associated with conditions that interfere with getting pregnant. Our body sees the state of inflammation as a raised red flag and not the time to commit to the hardships of pregnancy.

But is there a real connection between gluten sensitivity and infertility?

It’s hard to answer this question, because currently there is no definitive blood test that would confirm gluten sensitivity.

So how can you be sure you are sensitive to gluten? In the past 10 years, researchers have been studying links between celiac disease and infertility, recurrent miscarriages, endometriosis, and early menopause.  So far it is only suggested that some women who have been diagnosed with unexplained infertility may in fact have “silent” or undiagnosed celiac disease or gluten sensitivity.

In the internet, you will find hundreds of personal stories written by women who were struggling to get pregnant who claim that going gluten-free helped them get pregnant. I consider myself to be one of these women, once I wrote an entire post to answer the question on what I’ve eaten before I got pregnant.

Also Mayo Clinic says that fertility in general may improve after adopting a gluten-free diet. In my opinon, screening for food sensitivies should be among the top priorities for those with long and complicated histories of infertility. 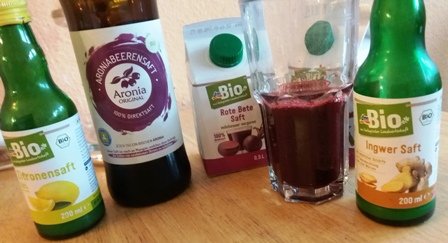 Following gluten-free diet can be a cause of frustration and not only in the beginning. However, only women with celiac disease must eat a strictly gluten-free diet. For everyone else, 80/20 rule applies. In case you don’t know what it is, let me explain:

Assuming you don’t have a celiac disease, you can still achieve 80 percent of the benefits of a gluten-free diet by simply eating whole foods like vegetables, low-sugar fruits and lean protein. The rest 20 percent of time is allowed for the occasional indulgence. That’s the easiest way to reduce gluten that I can think of and I personally like it because it’s a lifestyle change that is all about balance and moderation.

When you’re not to strict about eliminating gluten and chose to practice 80/20, you will still have the space to go out and enjoy eating with other people which will make your gluten-free lifestyle doable over a long time.

Diet restrictions may initially be obstacles, but once surpassed, your general health will improve. And you will feel it and that will give you extra strenght to continue until it feels natural to avoid foods humans are not made to eat anyway.

The easiest method is to stay focused on the food you can eat, such as: eggs, meat, fish, poultry, fruits, vegetables, nuts, and some dairy products. Luckily always more gluten-free products are nowadays labeled and sold in supermarkets.

I’m not saying that everyone dealing with infertility issues should automatically go gluten-free. No. I’m only saying that the question of gluten sensitivity should be considered a part of the infertility equation as any other issue would be. For some women who are struggling with infertility, pursuing a gluten-free diet will offer an affordable and no-risk way to increase fertility dramatically. For some it may not change a thing. But for most women over 35, it’s worth a try.

Since most doctors don’t have time (and motivation) to discuss the impact of nutrition with their patients, this may leave you under the impression that nutrition doesn’t make much difference. Which is not true.

Given the absence of reliable and low-cost detection tests, both celiac disease and gluten intolerance often remain undiagnosed.  That’s why might be smart to start exploring your fertility path on your own. Cooling down all the inflammation spots in your body and developing a less hostile autoimmunity (a key to successful embryo implantation as it turns) may be the only thing standing between you and your baby.

See you next week!