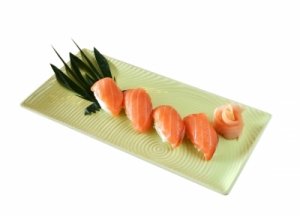 Omega 3 is important for improving egg quality. Image courtesy of satit_srihin at FreeDigitalPhotos.net

Did you know that omega 3 and getting pregnant are related?

There are many reasons why women who want to increase their fertility need to know what the omega 3 benefits are (and what the omega 6 has to do with it).

Here are some of them: omega 3 and 6 are polyunsaturated fatty acids, important building blocks present in virtually every cell membrane in the body.

They get converted into all kinds of signaling molecules; in a simplified form, you can imagine that omega 3 becomes products that support regenerative processes, whereas omega 6 converts into pro-inflammatory and blood clotting molecules (the body needs those, too).

Before we started to rely so heavily on processed food, the human diet contained roughly up to similar amounts of omega 3 and 6. Health problems started to arise when food became too rich in omega 6 (say, more then 4–5% of total caloric intake). This occurs easily as omega 6 is heavily present in industrially produced vegetable oils.

Thus omega 6 virtually out-competes the existing omega 3 and takes away the enzymes that process it.

Given that clinical infertility often relates to immunological and auto-inflammatory issues (anti-sperm antibodies, implantation failures due to endometrial issues), it might be essential to fix your preconception omega 3 levels to maximize pregnancy chances (Hammiche F. et al., 2011 and other references below). 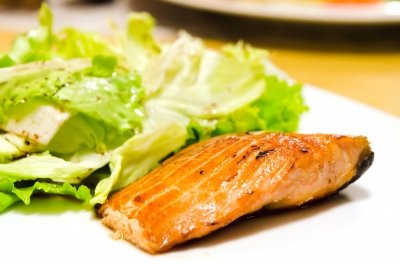 Most women achieve this through taking extra omega 3 compounds, such as DHA and EPA, in supplements based on fish oil. However, in spite of taking extra omega 3 while trying to get pregnant myself, I couldn’t imagine that the best omega 3 supplement would suffice to fix any issue related to immunology or the unexplained infertility if a woman does not make an effort to minimize the omega 6 from her food.

This is easily done by eliminating vegetable oils (sunflower, soy, corn) and using butter or lard instead. Olive oil is OK, but best to use for cold cooking and salads. For those who eat meat, best is to stick with organic grass-fed red sorts and forget industrial chicken for a while.

BUT WHY WOULD YOU WANT TO DECREASE OMEGA 6?

Anthropological research suggests that our hunter-gatherer ancestors consumed omega-6 and omega-3 fats in a ratio of roughly 1:1. Throughout 4-5 million years of hominid evolution, grains and seed oils (which are full of omega 6) did not play a big role in the nutrition, and foods of our ancestors were relatively low in omega-6.

With onset of the industrial revolution about 150 years ago, consumption of omega-6 increased, shifting the ratio of omega-6 to omega-3 dramatically. This change was due to the intake of vegetable oils and the increased use of cereal grains as feed for domestic livestock, which in turn altered the fat profile of meat. According to the Mayo clinic, people in Western societies nowadays consume roughly 10 times more omega-6 than omega-3 fatty acids.

To conclude, benefits in terms of omega 3 and getting pregnant by improving egg and embryo quality can be best reached by decreasing omega-6 and at the same time, increasing  the intake of omega-3 fatty acids.

Scientific reports on omega-3 in improving egg and embryo quality: