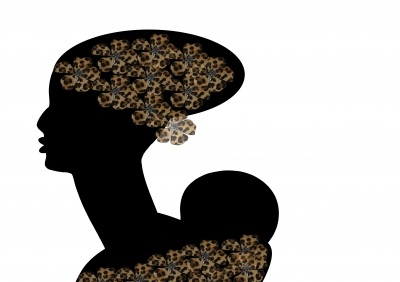 Can you imagine so many billions?

The report is based on the calculations of the average IVF cost being over $10,000, which is true and I don’t have a reason to misbelieve the rest of their report.

Right now as I’m writing this, the brightest star on the heaven of IVF industry is called OvaScience.

By the way, OvaScience is trading far below average at the moment and I can only say, if I had any extra savings, I would buy their stocks immediately.

What I like about OvaScience is that people who work there are not only top-experts but are also friendly. How do I know?

As I was writing the first manuscript of my book three years ago, leading researchers behind the new IVF 2015 treatment were willing not only to talk to me and comment to the most important parts of my book, but also told me that I can contact them again whenever I wish to chat about improving egg quality in older woman. Thank you Dr.Casper for that, I was happy to read about your recent success.

(A small digression: I was the first one to report about the new treatment in Germany, can you imagine that? In Germany, we are very advanced when it comes to producing cars, but when it comes to eggs and reproduction, we prefer to wait for other countries to make the first move).

So, here is all you need to know about the brand new IVF treatment 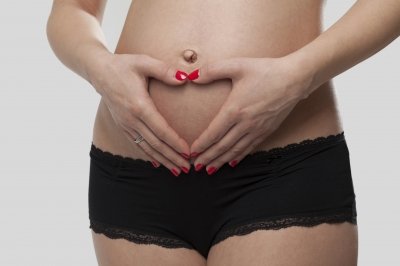 As you may have heard in the news this year, the new IVF treament helps ladies rejuvenate their eggs and get pregnant with them, instead of going for egg donation.

This means, for many women it will become possible to become genetic mothers to their babies, which is not possible when using egg donation.

The new IVF is some sort of egg-Botox, so to speak. It is called AUGMENT and it works well for ladies who had issues with egg quality or a history of failed IVF treatments.

AUGMENT is a process developed to improve egg quality through germline mitochondrial energy transfer. This means, the AUGMENT treatment takes place between egg retrieval and egg fertilization by ICSI – eggs are simply injected with mitochondria coming from the woman’s own egg precursors.

Where do the egg precursors come from?

From the ovarian lining, a part of which is taken out during the retrieval (just a small piece, like in any biopsy).

The target market for AUGMENT is for women whose eggs lack energy (in terms of cellular biology, this means that mitochondria are damaged and not working properly).

Usually women whose eggs lack energy or mitochondria will use donor eggs instead. Which is sad for those who wish to give their own eggs a chance or care more about being a genetic parent.

With the mean age of women starting the IVF process being 36 years old, AUGMENT would apply to at least 45% of the current IVF market. The AUGMENT product is already launched in a number international clinics (and I may have bee a little surprised to discover that Turkey and Dubai were already in).

OvaPrime: OvaPrime is another hopeful babe of the IVF industry. It workes well in the clinical setting and is expected to launch on the larger scale in 2015. This treatment specifically targets women who have a low ovarian reserve, premature ovarian failure, or polycystic ovarian syndrome, meaning pretty much everyone who has issues with egg quality.

What OvaPrime does is allow women to produce eggs from the precursor cells found in ovarian tissue. Current treatments for DOR are using donor eggs, or increased doses of ovarian stimulation. To remain competitive with these substitutes, it is reasonable to estimate that the cost to patients will be between $8,000 and $12,000. Which is reasonable, given the current cost of conventional IVF.

There are also rumors about OvaTure making its way from the laboratory out in the real world. OvaTure is a process that will supposedly completely change the IVF experience, in terms that patients will not need to go through any hormone treatments. This means, the hardest part of the IVF should be abandoned, but I still haven’t find a clear information on how this is supposed to work. By enhancing in-vitro maturation of patient’s own eggs? With some magic ingredients from the lab? Whatever the mechanism, OvaTure should decrease the risk of ovarian hyperstimulation which is the most unpleasant side-effect of IVF treatment.

Given that ovarian stimulation drugs cost on average 25-30% of the total IVF cycle and that the average patient goes through 2-3 cycles before achieving pregnancy, it is reasonable to estimate the cost for OvaTure to be between $10,000 and $20,000.

And there is one more treatment in which IVF industry puts a lot of hope. It is called OvaXon and while I’m aware that the procedure is possible and probably even working in research settings, I see a lot of trouble arising when this one gets on the market (and would personally not bet on the future of this procedure). Why?

Because it combines the industrialized synthetic biology with other highly artificial laboratory procedures to eliminate genetic diseases through gene editing.

If you wonder what gene editing is – it’s changing the sequence of a gene directly in the egg, so that any potential genetic disorder fails to become amplified during subsequent embryonic divisions.

Here I also had to sit down and think.

Do I like the fact that embrylogists should become Gods and will be changing and re-writing genetic sequences in women’s eggs? Possibly in the directions which neither of us can control? Do things for which we assume are right, but no one has ever run such an experiment? Can such a procedure really make this world a better place? If I am still blogging in a decade from now, I see a plenty of new topics coming up to write about.