Any health secrets in the Stone Age? 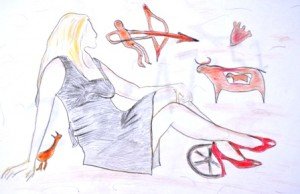 The rapid pace of technological progress in the past centuries has enabled us to expand the ecological niches of our species and create a lifestyle that radically deviates from the one we had as hunters and gatherers during the Stone Age.

Our modern life is unusual in the sense that it is disconnected from everything that was practiced within the Stone Age continuum in which 99% of our evolutionary time has been spent.

So is there an association between Paleolithic Age and reproductive health in women and men? In my opinion, YES.

This website is built like a tutorial and contains several suggestions on how to return to values inherent to human nature, biology, and evolution, to improve fertility and increase pregnancy chances in the most natural way possible.

“Paleo” means “ancient,” or “very old.” Therefore, the concept of paleo fertility is an approach based on the reality as it existed throughout the 200,000 or so years of human existence on Earth. It relies on one simple concept – that many of the infertility issues that women face today are a consequence of deviating from the lifestyle, metabolic, and environmental conditions for which our bodies have been adapted.

If we imagine the time of the existence of the human species on Earth as one twenty four-hour day, everything that we like to identify as “civilization” is a novelty, appeared only about ten minutes ago!

Examples are many: agriculture and animal farming, our entire written history, any war we’ve ever heard of, and any religion mankind ever belonged to…Not to mention supermarkets, antibiotics, and electricity – gadgets which were collectively invented just this morning. 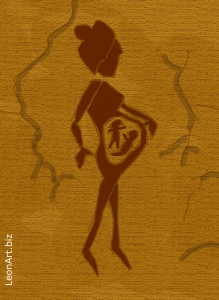 It is very likely that many of the fertility issues that are common nowadays in women are directly related to drastic deviations from the living conditions to which our bodies have been adapted over too long a time to be changed so quickly.

There seem to exist several Stone Age health secrets and the most important could turn out to be:

Therefore, understanding “paleo”, or the “Stone Age” fertility and health does not rely upon any particular concept or its interpretation, but reflects on research in biomedical sciences like biochemistry, reproductive endocrinology, and is backed up by human evolution and anthropology.

Bibliography relevant to nutrition and lifestyle in the stone age: