What can cause a man to be infertile: Things about male fertility you need to know

While at the workshop at the Dexeus University Clinic in Barcelona, Spain, I had a chance to talk to the head of the Andrology Department, Dr. Alvaro Vives.

I thought he would not find much time for my questions or show interest in my blog. Dexeus is a busy clinic and it’s not just any andrology department that they have – it’s where the first andrological services were offered in 1960s and where most sophisticated interventions are being carried out nowadays.

As Dr. Vives entered the meeting room, I immediately said I’m only interested in talking about topics related to male fertility and nothing else: no diseases, no sexual dysfunctions, nothing else. But the way that Dr. Alvaro talked made me want to know more than initially planned, so that our meeting quickly turned into a friendly, long (and sometimes loud) conversation.

What can cause a man to be infertile?

Me: Dr.Vives, can you share with us what your daily work looks like? What is andrology and what are the most important things that women over 35 need to be aware of?

Dr. Vives: Andrology as a discipline is declining in power. The first andrological services in the world were offered here, at this very place, in the 1960s. Since then, many things have changed, and not just in Spain.

Today, the most common andrological examinations occur with the endocrinologist, when men have a fertility problem (or the couple is already in a fertility treatment).

I’m concerned that we increasingly see man as a sum of his spermatozoids, which is wrong because the causes of infertility divide equally between women and men. As a matter of fact, about 40% of the couple’s incapability to make a baby is directly caused by the man, the other 40% by the woman, the last 20% are of “unknown etiology,” meaning the reasons behind are complex (or come simply from both sides), which is something that we still need to understand better. 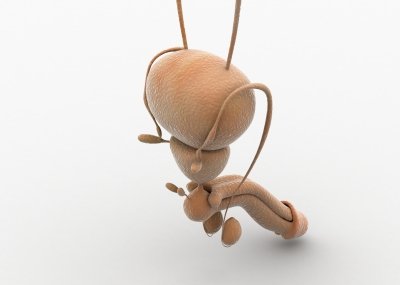 Me: But don’t you agree that when it comes to infertility, it is women who carry a heavier load? In terms of achieving pregnancy and birth, is it not the female body that is more important? There are many factorsthat must come together (eggs, fertilization, embryo, implantation, development,  birth…) and if only one of them goes wrong, then there will be no baby?

Dr. Vives: Sure, male fertility issues can often be circumvented. Spermatozoids are many and in all the millions it’s almost always possible to find a single one capable of fertilizing an egg. The only important role in this case on the male side is that he submits a sperm sample.

But this scenario is true only when we speak about the clinical setting. But the real issue is why don’t we try more to cure men so that they can make babies naturally, in their own beds?

That’s my approach. By any means possible, I first try to improve fertility in my male patients without sending a couple immediately to the IVF department. There are many possibilities to do this, but it takes, of course, a time investment from the couples’ side.

What couples often overlook is that human fertility is a continuum, not a single data point. Not just in women is fertile potential changing over time, but also in men sperm will have different characteristics depending on when you take a look. In the same man, you will sometimes have perfectly normal sperm parameters, but this does not mean this man is forever fertile. In this same person, sperm parameters will oscillate over time and, in some individuals, oscillations will have such amplitude that in another moment in life, he may have to undergo IVF due to infertility.

In other words, the fertility of both women and men is in constant motion. To this, there come factors that we still don’t understand: it happens frequently that even men with a “bad” spermiogram make their partners pregnant, and vice versa (men with normal sperm values not being able to father children for years).

Or it can happen that one and the same man gets one woman pregnant, but not the other. The true fertility of a man is not so much reflected in his spermiogram, but in his capability to get a woman pregnant and give life to a healthy baby.

The true fertility of a man is not so much reflected in his spermiogram, but in his capability to get a woman pregnant and give life to a healthy baby.

Me:  Is there anything related to lifestyle that a man can do improve his fertility and his chances to make his partner pregnant? A diet, exercise, vitamin supplements – what is it that you recommend to couples who are trying to get pregnant?

Dr. Vives: Men should not over-exercise. Too much exercise brings unnecessary heat in the testicles and was shown to enhance levels of DNA fragmentation, believed to affect embryo quality. Long marathons and extended bicycle rides may be in trend, but in this particular phase of life, men need to think of other alternatives to keep themselves fit.

Other than that, men should, of course, not smoke. Weight and a healthy BMI index are important, too, just like in women. The same goes for vitamins, but one has to be careful about taking only the supplements that have been clearly demonstrated to work, preferably in placebo-controlled, double-blind clinical studies. The thing is, vitamins are not as strictly regulated as medications and markets try to take advantage of this.

Another underreported issue that affects male fertility are sexually transmitted infections. Many such infections are not easy to demonstrate in conventional tests. For example, if an infection is caused by viruses or mycoplasma, which is often the case, then it takes a PCR or some other expensive and sensitive kind of test to find out the cause. So, if a man (or woman) does not have particular difficulties and symptoms, then our health system simply doesn’t look for any underlying persisting infections.

This gets further complicated by the fact that not all individuals and couples are equally sensitive to underlying infections. In some people, fertile potential is simply more robust than in others and we don’t know why is this is the case. But sexually transmitted infections are certainly something that reproductive medicine will be taking a closer look at in the future.

Generally, couples generally should not wait too long before they start having children and in the case of any problems or delays, they should not hesitate to seek help. There are many things and interventions that can be done before sending a couple to the IVF department.

Me: In the last few years, we have read a lot on how sperm quality has generally worsened. Young men are apparently much less fertile than the generation of their grandparents. Is that something that you can confirm?

Dr. Vives: Well, there does seem to be some decline is sperm quality for sure. But science has not yet settled its mind on this and we’ll have to wait another while to arrive at more definite conclusions. One problem is that a comparison across generations is difficult, simply for the reason that sophisticated measurements and technologies only became available in recent years. There were no fertility treatments available for the generation of our grandparents. If they suffered from infertility, then most of the time they never found out why.

Also, the lifestyles of both women and men have changed tremendously in Western societies over the last decades. Take my example: as a boy I was considered “tall.” Nowadays, boys in Spain are, on average, 10–15cm taller than in my generation. We eat more protein and the food we eat is full of not just hormones, but many other compounds that women and men are not physiologically and evolutionarily adapted to. Not to mention plastic, mobile phones, and all other things we’re only beginning to understand.

Me: How do you estimate the role of stress in a couple getting pregnant?

Dr. Vives: The stress factor is huge and can hardly be overestimated.

The stress of getting pregnant can even destroy a relationship (laughs). It’s easy to slip into focus of only one aspect of being a couple: sexuality, romantic love, or just parenting, and lose the rest along the way.

Intercourse timing can pose a huge challenge for every relationship. 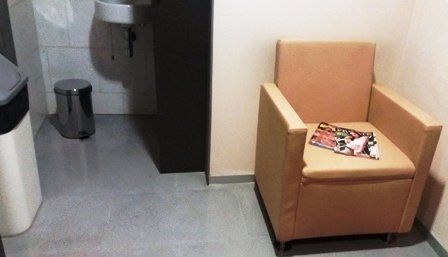 Me: What is the solution? How can we start to talk more openly about things that are bothering us? How can young people learn to distinguish useful and good opinions from those that are simply loud and popular? When should women, in your opinion, start having babies?

Our mothers had their first children, on the average, at 25. Then the age increased to 27, 30, going now toward 35 or even older for first-time mothers. It’s obvious that we as a society have a problem. I personally have no power to say “Ladies, you need to start having babies earlier.” I’m a doctor, meaning I’m there to help people and not judge their lifestyle by any means.

Me: Don’t you think that doctors should be more open with young people about their fertility and its limitations? I mean, if schools are not doing this, then who should take the role of educating younger generations?

Dr. Vives: Most doctors would agree with me that it’s better to start having children earlier (this is what an embryologist from an IVF lab told me on when women should start having babies and why), for both women and men. When you’re young, you have more energy, more open possibilities, including getting the right help if any infertility issues come along the way. Maybe we doctors should say that more openly in public.

Maybe people who know better should take a more active role and educate younger generations, help them hear the voices of reason before they become confused by the voices coming from mainstream media and from those concerned by business and not health.

But most of us doctors are simply true to our profession (or just too busy working) and think who am I to tell people what to do?

Thank you very much Dr. Vives for sharing your insights! And thank you dear readers for visiting my blog! See you again soon,

Which supplements support male fertility? It depends on different things and here is how you can decide
October 17, 2016