Anthropologists believe that the rise of human species started about two million years ago, telling by the earliest stone tools which date to about 2.5 million years back.

Even though a detailed reconstruction of life of prehistoric humans isn’t possible, we can quite safely assume that it was in many details similar to the life of the tribes of hunters and gatherers who still live on Earth today. So, we are talking about people such as the Hadza, the Aka, and the Efé.

Is there anything special about their fertility and nutrion that could be insightful for us today?

Our distant ancestors were definitely tough and hardy fighters. They were able to survive in the savannah, in the steppe, and in the jungle, in hot, sub-Saharan Africa, as well as in the cold, European north.

As for their nutrition, they ate everything that they could dig up, gather, or hunt. That means that they ingested rather irregular and unbalanced meals with large variations in the amounts of carbohydrates, proteins, and fats they had on any particular day.

If you translate these facts into the language of biology, then it means that the human is an omnivore by nature. He is physiologically adjusted to a varied diet, without too much sugar, and can well cope with irregular meals, or even hunger. His nutrition, however, contained no chemical additives.

Please take one breath of time and try to imagine that close 99 percent of our evolutionary time has passed in such a life-rhythm.

Abundance of food was initially a win-win for everyone 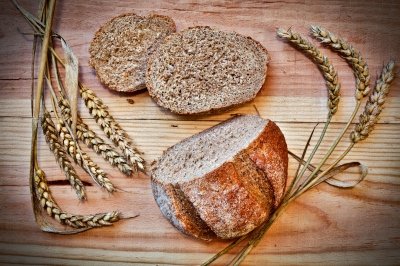 Abundance of food was once good for us. Image courtesy of marcus at FreeDigitalPhotos.net.

It was only about ten thousand years ago that some hunting and gathering tribes developed the systematic breeding of plants and animals. The benefits were obvious: for the first time in history, our ancestors didn’t have to overcome large distances every day anymore to find food!

In addition to not having to walk, run, and jump so much anymore (and exposing themselves to predators at the same time), they were able to feed their children with the milk of animals they had domesticated!

That resulted in mothers being able to reduce the nursing period of their children to a few months instead of 3 to 5 years. By the way, there is a great book from the evolutionary biologist Dr. Sarah Hrdy (Mothers and Others

) which I totally love and in which you can find more information about this topic.

Thanks to this new source of food, small children had a greater chance of surviving even if their mothers died, worked outside, or got pregnant again too soon, so that the number of offspring and the gaps between generations became shorter. Both nutrition and fertility, in terms of food abundance and number of offspring took off.

This predominately sedentary lifestyle enabled large families, whose members were now able to work in the fields and grow even more food than necessary for the barest survival. The abundance of calories led to more security and predictability, increasing at first both fertility and fecundity (quality and the quantity of children they had).

This newly acquired security protected humans from many dangers, such as attacks by wild animals, variable climatic conditions, or unpredictable natural events. The new abundance of food and an entire spiral of additional factors (and all of the effects resulting from that), caused a general growth in the vitality of the human species as well as a faster growth rate. On the other hand, the nutritional style of our ancestors entered a new dimension: The largest calorie intake of these former hunters and gatherers now came from plants (such as grains), which had, up until then, represented only a small proportion of their nutrition.