What about paleo eating style? 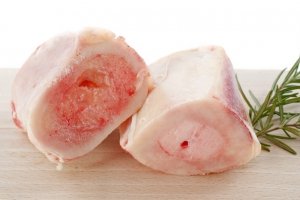 Have you ever wondered, what did our ancestors eat?

Or to put it in other way,what they did NOT eat?

For those interested in Paleo nutritional approach and applying it to improve chances to get pregnant, here are some useful facts:

Meat is important in Paleo nutrition, and it should only come from organically raised and pasture-fed animals living under conditions that match, as closely as possible, their natural environment. Even better would be to stick with wild game or fresh fish.

Vegetables can be eaten in all varieties, colors, and from all seasons, especially all rooted or stock vegetables, which are a great source of carbohydrates.

Fruits are also welcome, but only seasonal and in limited quantities.

Sweets must be avoided, with rare exceptions, such as consuming honey. Honey too should come from a local bee-keeper if possible, because it then contains traces of pollen from plants growing in your neighborhood, which can help strengthen the immune system in women sensitive to allergies.

In Paleo nutrition, we are essentially talking about consuming a wide variety and countless animal and plant species and living closer to nature and seasons than with any other kind of diet.

But now the bad news: processed food must be avoided altogether (including bread and pasta!). In contrast to the Mediterranean eating style, Paleo kitchen does not compromise on carbohydrates.

This means: no sugar, flour, or products manufactured from them; no fast food and basically nothing that comes in a can or a box.

Several Paleo physicians (doctors with evolutionary approach to health) recommend that, if packaged food contains anything you can’t read or can’t visualize, you should not eat it.

All that is hard, I know, but if eating Paleo helps to optimize a metabolic environment suitable for getting pregnant, cutting on sweets and processed food is actually not a high price to pay, don’t you agree? 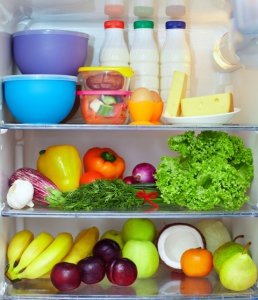 Those who are trying to get pregnant and wish to go Paleo should keep the following in mind:

1) Throughout human evolution, there was no  one single group of human ancestors living under one single set of conditions and eating one single kind of lunch or dinner. On the contrary – humans have populated many different niches, thriving on whatever they were able to find there.

3) Throughout human history, there was never an abundance of food like we have today. Our grandmothers’ ancestors in the far past did not worry about their Body-Mass-Index, and if they did have extra pounds and fat around their waist and buttocks, this would make them more attractive to men – as breeders and survivors.

In summary: humans are omnivore and extremely flexible. Listen to your body and don’t let anyone tell you how EXACTLY Paleo template is supposed to look like.

The life of hunter-gatherers was primarily about adapting and surviving in whichever environment they found themselves in.

Our great grandmothers simply ate everything that was digestible and they could dig up, gather, hunt or share with men who had a successful hunt. That means that they ingested rather irregular and unbalanced meals with large variations in just about everything. Only a few generations back in time nobody had ever heard of “three meals per day, with snacks and plenty of liquids in-between.”

In spite of such an irregular eating schedule (or maybe thanks to it?), our grandmothers were healthy, attractive, smart, and fertile enough to attract at least one partner at the right moment in life. With him, they had at least one child, which survived until reproducing again. These cycles were repeated until, at some point, the second-to-last person in this chain (your mom) finally deposits her genes into what you consider to be YOU. Virtually each young woman is a last daughter in one such unbroken chain.

To conclude, in terms of improving fertility and employing Paleo to get pregnant, I personally think of Paleo nutrition as an extension, or rather one far edge of the Mediterranean diet continuum. In their essence, these two nutritional approaches are very similar, only that the Paleo is characterized by consuming even fewer grains and carbohydrates.