Mediterranean diet can increase a woman’s chances to get pregnant.

This nutrition style has a solid scientific basis and a proven record of benefits (there are more references below).

One study, published in Fertility and Sterility in 2010, found that the Mediterranean dietary pattern, when applied in six months before the conception, significantly increased the chance of pregnancy in 166 Dutch couples undergoing IVF treatments.

The couples were asked to answer questions related to their nutrition and lifestyle; on analysis, it turned out that a high intake of mediterranean food (vegetable oils, vegetables, fish, legumes), and a low intake of snacks during preconception time, positively correlated with their blood folate and B6, and increased the probability of a couple conceiving a baby.

Six months of delicious meals alone was sufficient to increase a couple’s chances of becoming pregnant, how good is that?

The benefits of a Mediterranean diet in terms of getting pregnant were further confirmed in a Spanish study from 2012, which looked at the cases of 485 women who reported difficulties conceiving and concluded that adherence to the Mediterranean dietary pattern enhanced their fertility.

Is it the high level of antioxidants in Mediterranean vegetables and fruits?

Or is it simply a higher folate level?

Fruits recommended in the Mediterranean diet are: apples, grapes, grapefruit, melons, cherries, dates, peaches, and strawberries. Milk, yogurt, and cheese are OK. Processed carbohydrates are not recommended (white bread and pasta), but eating whole grains instead, such as rice, oats, couscous, barley, and bulgur.

When you think of Mediterranean dishes, visualize a table full of fresh tomatoes, olives, grapes and fish.

Imagine foods which you share with others and eat slowly – best is somewhere outside, on a sunny day, and served with a glass of wine.

As the matter of fact, a Danish study which examined the association between drinking habits and waiting time until pregnancy in 29844 women, found that women that consumed wine was slightly quicker to get pregnant than the group who were non-wine drinkers, or were consuming other alcoholic beverages. To this, moderate wine consumption is linked to fewer strokes and a reduced risk of several cancers, not observed in groups who were moderate drinkers of beer, spirits, or even not consuming alcohol at all. 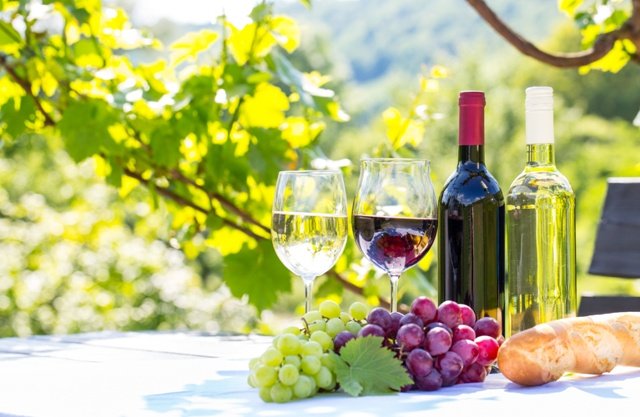 One of the prime suspects for the effects of wine and success of the Mediterranean diet in terms of getting pregnant is an ingredient called resveratrol.

Whether resveratrol acts independently, or if it’s the mixture of foods and compounds that makes the Mediterranean magic, science still needs to find out.

The fact is, resveratrol on its own has amazing anti-oxidative properties and improves cellular energy status. Most of the studies with resveratrol to date have been done on animals – pigs, mice, and cats, with an almost invariable effect: intake over a longer time protected against the age-associated reduction of fertility, by means of improving egg and embryo quality.

Important: whichever diet you choose, consider supplementing with vitamin D, omega-3, CoQ10, and DHEA, especially if you are over 35 and your goal is improving egg quality.