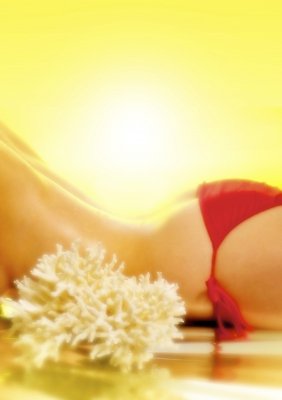 If this article occasionally sounds angry, it’s because I do get upset to read and hear all kinds of nonsense being spread publicly on vitamin D. You know I spent almost 13 years in vitamin D research and can only say, its pitty scientists are not asked more often to explain what vitamin D does to fertility and why.

First, some clarification on terms: the real name of vitamin D is 1,25(OH)2 vitamin D3. It is often abbreviated as “vitamin D3,”, “vitamin D” (which I use in my texts), or simply “D3.” People who work with it often say just “D” and don’t need to add more.

There is one more term you should keep in mind. It is called 25(OH)2 vitamin D. It is the slightly modified form of vitamin D actually present, transported, and measured in the blood. It’s the compound we talk about when determining one’s body storage of vitamin D.

The reason behind vitamin D being sometimes called “the sunshine vitamin” is that its synthesis is triggered by sunlight on the skin. But sunshine alone is not enough and majority of women will need to take extra vitamin D to come anywhere close to the level which supports their fertility.

Research on apes (monkeys with whom we are genetically related) suggests they have about 80 ng/ml 25(OH) D levels in the blood, similar to modern adults with abundant skin to sun exposure (Vieth R., 2004).

Although scientists still debate the exact levels of vitamin D that should be considered “normal,” there is no dispute any more that 20 ng/ml and below (where most young women in Western societies range) is not sufficient to maintain an optimal pregnancy and that vitamin D deficiency correlates with several infertility issues in both women and men, such as endometriosis, PCOS, and semen quality (Lerchbaum E. et al., 2012).

Yes. Vitamin D deficiency is linked to infertility. Recent research shows women who have sufficient vitamin D intake are more likely to become pregnant both naturally and via IVF than those who are deficient in this essential vitamin.

So what is the level of 25(OH) vitamin D that you should try to maintain in your body when trying to conceive? Here are two important facts to consider:

•the level of 25(OH) vitamin D found to best optimize bone health and protect against several sorts of cancer, and provides various other health benefits in women, was published many times in the past to be about 40 ng/ml

Reaching and keeping 40–50 ng/ml 25(OH) vitamin D level is, in my opinion, what a woman wishing to maximize her chances to get pregnant should aim for.

Recently, a study led by Dr. Lubna Pal from Yale University (Ozkan S. et al., 2010), showed a positive relationship between 25OH D levels and IVF treatment outcomes. I was not surprised, although I loved to see the results published on the highest level of scientific evidence.

Here is what Dr.Pal’s team fount out: increased implantation and clinical pregnancy rates were achieved with eggs from women who had higher vitamin D serum levels.

Moreover, vitamin D proved a better predictor of getting pregnant following the IVF than the number of transferred embryos than any other conventionally used parameter! It is possible that the vitamin D works by affecting the lining of the uterus, which then helps embryo implantation, so the authors cautiously suggest assessing vitamin D status as part of a routine fertility work-up as “…appropriate supplementation of those deplete in vitamin D may translate to improved fertility outcome as well as improved overall health.”

And here is one more link to a study where vitamin D levels were predictive of pregnancy following the IVF.

The dosage of vitamin D, which should be supplemented daily over several months to reach 30–40 ng/ml, will probably be about 4000 IU/day (IU means ”international units”) for most Caucasian women.[/fusion_alert]

If you don’t know or suspect you have low vitamin D levels, you can easily have a blood test. As mentioned before, the form of vitamin D actually circulating in the blood is called 25(OH)2 vitamin D and this is what should be measured to estimate your level of vitamin D.

Talk to your doctor about it; it is really a very simple and important laboratory test. The last time I had it done in Germany, the lab costs were 25-30 Euro and most health insurance policies would cover this.

How to maintain vitamin D levels optimal for getting pregnant? What about overdosing? 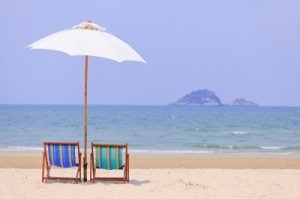 Given that our bodies are designed and physiologically adapted to produce and function with far more vitamin D than what our lifestyle generally enables us to produce, it is almost impossible to overdose on it (please folow the references below).

If you read anything else in the newspapers, it is most likely written for reasons that have nothing to do with scientific facts.

So far, there have been many people tested, including babies who got injections of several hundred thousand units on a single day, adults who took erroneous supplements containing a few million international units, and even people with systemic health problems, such as hypercalcemia and heart disease. Nothing deadly or really serious ever happened to them as a result of large doses of vitamin D.

Vitamin D is important for so many processes in the body that we had to evolve efficient mechanisms for synthesizing and storing it. At the bottom of this page there are more articles on vitamin D cited; these come from some of the best labs in the field and you can use them to search for further information.

Having said that, I believe that exclusive oral supplementing with vitamin D is unnatural, and always recommend taking a break from it in the summer and switching to naturally available vitamin D sources: fish, beef, liver, and mushrooms, in addition to maximizing time spent in the sunshine.

The internet is full of articles and “expert opinions” on which doses of vitamin D should be orally supplemented every day. However, as efficient as foods and supplements might be, for those who are trying to get pregnant, there is simply no natural food source of vitamin D that can compare to sunlight.

As a broad picture, you can imagine that the whole body sunlight exposure between 10 am and 1 pm for 20 minutes is already enough to give you a dose of vitamin D equivalent to approximately 10,000 IU.

This is only a rough estimate, which assumes that you are a Caucasian female living in Europe no further north than southern Germany, being outside between March and October, with your skin free of clothes or sunscreen. Women with darker skin, or from cultures where it is appropriate to keep the skin covered, will need several times the exposure of the same dose of sunlight to prevent vitamin D deficiency.

Would you like to talk to me or find out what I think of your fertility journey? You can meet me on Skype or send me an email.

Why you should be a healthy skeptic regarding current RDAs: example of vitamin D deficiency 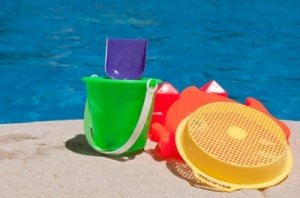 Take a look at this example: the recommended daily amount (RDA) of vitamin D is still 5 µg (2oo IU) in most industrialized countries, Germany and the US included. (Updated in 2017: Germany improved, we’re now at 400 IU and working towards the 800 IU RDA).

With overwhelming evidence from recent years on the global vitamin D deficiency, this value is globaly slowly changing upwards.

But how did it occur in the first place that the benchmark fell so low?

Historically, it happened during the times of early industrialization in England, children often became sick with rickets – a debilitating bone disease for which it was, at some point, understood that it could be prevented by taking one tablespoon of fish oil daily.

Much later, laboratory analysis showed that it was the vitamin D acting as an active compound, by mobilizing calcium and strengthening bones, so this minimal quantity from a spoon of fish oil got set as a dietary recommendation. So, what may have worked at the time of early industrialization and had helped prevent many new cases of rickets in children, proved disastrous as the recommendation for maintaining good health in adults.

What do you think, how many more expert daily recommendations are affected by similar biases? Why should your health and your fertility suffer for that?

Without wanting to promote overdoses of just about anything, I just want to call for a reasonable amount of healthy skepticism on this issue.

When was the last time that you ate some organs?

Or drank a glass of fresh bone marrow? From an animal raised outside, grass-fed, unexposed to hormones and antibiotics?

Are you walking (or better, running) several kilometers each day?

Is your skin getting enough sunlight, is your nutrition and environment free of man-made toxins?

If you happen to be living close to that lifestyle and don’t plan to postpone your first pregnancy past the age of 30, there is no need to think of supplementing. In any other case, there is a good reason to follow the references below on vitamin D and getting pregnant.

Reinhold Vieth. Why the optimal requirement for Vitamin D3 is probably much higher than what is officially recommended for adults. Journal of Steroid Biochemistry & Molecular Biology 89–90 (2004) 575–579.