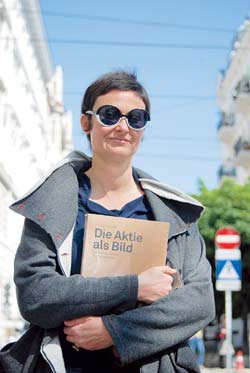 Irini Athanassakis holds a Ph.D. in social sciences. She is a Paris-based artist and writer, who combines theory and praxis with drawings and installations to explore the worlds of fertility and infertility.

Hello. My name is Irini Athanassakis.

I’m an artist and writer and love to experiment with words, drawings, and installations to explore the world of reproductive technologies.

I know Darja Wagner from the time when I was living in Berlin – we were friends and got pregnant at about the same time in 2010.

Together, we dived through the miraculous universe of growing bellies, breastfeeding and giving birth.

Having children used to be the most natural thing in the world, but for many it stopped being so.

This is due to environmental and lifestyle issues which decrease fertility of women and man, but also to increasing age of procreation in first-world countries.

For the past several decades, various medically-assisted technologies have been around, making parenthood possible regardless of sex, love, or the existence traditional family bonds. 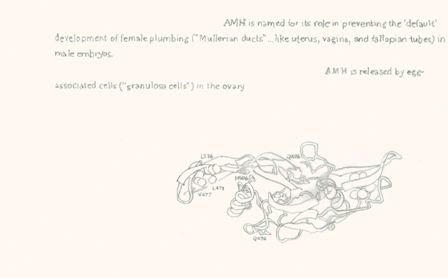 Women dealing with infertility know strong emotions better then anyone else: fear, hope, pain, despair, and sadness. At some point, they often fuse  to become one and only question that matters:

Am I ever going to become a mother?

“…During the time I ‘ve been through my long and bumpy fertility journey, I collected images, documents, and scientific papers related to all things infertility. 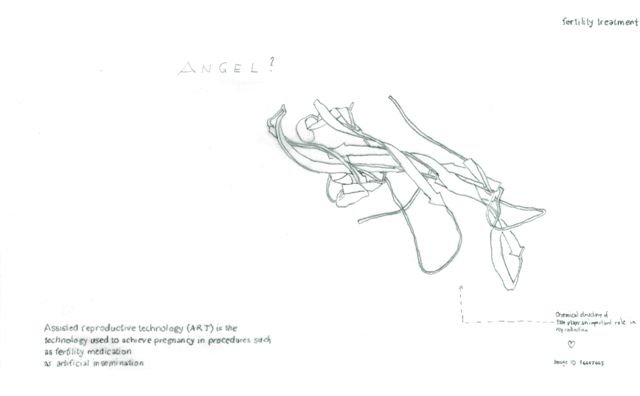 Now, years after the miraculous birth of my daughter, I came to the point where I need to communicate my experiences.

I do this in a form of a performance, where I combine written word, with drawings, and installations to explain the world of artificial reproductive technologies to those who never needed to step into it.

Here I would like to present to you a few selected drawings which combine biochemical, medical, historical, gender and personal data and connect these to my previous works on bonds and angels.” 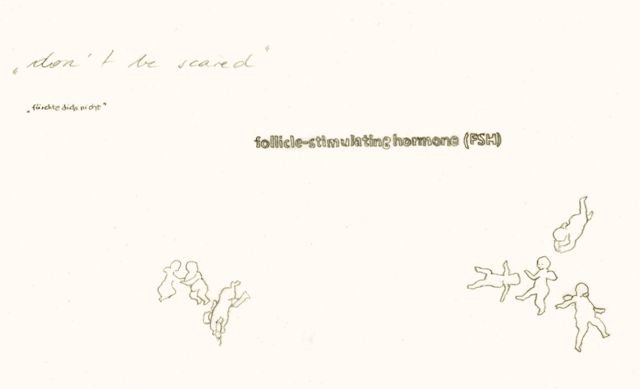 In her most recent work, Irini Athanassakis is creating art work by using milk, frozen during the time she was breastfeeding her daughter.

There, Irini is investigating the concept of giving and playing with an idea of proposing milk as a primordial currency:

Milk as currency.
The Bio-Praxia of Giving

“The Economy can be considered as a heritage of the ancient house hold and its inherent laws. Finance could be seen as a a set of means, methods and technologies of distributing potentials from the past and the present to the future.

Due to its abstraction and importance to ensure the survival of societies, finance has been and still remains one of the core questions of how culture and societies define themselves. With its growing mathematization, formalization and modeli- zation and the installation of probability as its central tool finance has increasingly driven away from the needs and realitiesof the bodies that are subject to its laws and prescriptions, i.e.monetary profits.

Irini Athanassakis would like to propose a Bio-Praxeia of „Finance“ and consider Milk as one of the first currencies.” 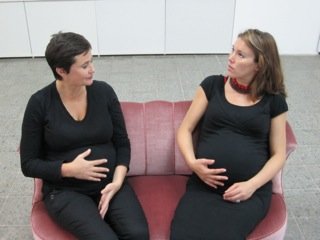 If you are interested in collaborating, you can reach Irini Athanassakis at http://www.iriniathanassakis.eu/