Legs up after intercourse: will it increase the chance of conceiving? 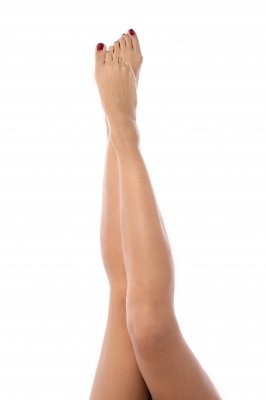 Getting pregnant? In virtually every corner of the world people believe that a special positioning during intercourse will improve the chances of getting pregnant or even affect the sex of the child.

I still remember a joke I once heard in Bosnia about a man who desperately wanted a son after having four daughters and his wife telling him that they will again get a daughter because of him insisting to have intercourse from the back.

Most women reason that putting their legs up after sex or even standing on one’s head for up to a minute or two (yes, some women actually do this) will bring them closer to a positive pregnancy test.

My guess is that the practice of a woman keeping her legs up will remain because doing the opposite seemingly goes against common sense.

Still, although it may intuitively make sense that trapping sperm in the body may help conception, there is no evidence that elevating your legs or even lying flat for an extended period of time will improve the chances of conceiving.

The weird thing is, sperm move up quickly and are not bothered by gravity. To this, there is a great amount of cooperation between millions of sperm swimming together to enable their movement from the vagina into the cervical channel within seconds, and further into the fallopian tubes in the next few minutes. A woman’s posture won’t influence this either way.

As much as I would like to deliver positive news on my blog, I have to say that the practice of keeping the legs up after sex (or after insemination) has no proven beneficial effect on pregnancy rates. As a matter of fact, swinging upside down like a bat may even tend to do the opposite for reasons we still don’t understand.

Legs up after insemination: yes or no?

A few weeks ago I came across a large randomized study (“A short period of bed rest after intrauterine insemination makes no difference to pregnancy rates”) in which 479 women were randomly assigned to either 15 minutes of keeping their legs up after insemination or to immediately move on. The results showed that the cumulative pregnancy rate was comparable between the two groups.

As a matter of fact, the group that immediately continued to move had a slightly higher number of pregnancies (only that in the overall picture the difference was not statistically significant). However, a clear tendency of legs up NOT helping with fertilization, or maybe even a slight worsening of the chances, was present.

To conclude, gravity will not work against you and there is no reason for you to fight it.

For similar reasons, positions taken during intercourse don’t matter either.

As much as we would want some myths to hold true, there are no sexual positions more conducive to getting pregnant than others.

There are no sexual positions more conducive to getting pregnant than others.

In terms of positions either during or after sex, there is not much you can do to make a pregnancy more likely to happen. However, there are a few things you can avoid doing, as they do harm the chances of conception.

Basically, anything that negatively interferes with egg quality (but you should have thought about it months before the conception—read more here) or sperm motility once in your body should be avoided.

This means avoiding lubricants during sex. If you really can’t have pleasurable intercourse without it, then consider using some pure canola oil or a lubricant named PreSeed, developed to have a pH and glucose levels that prolong sperm life. As far as I know, those substances have not been shown to negatively influence sperm motility.

Saliva can negatively interfere with sperm motility, so those wishing to get pregnant should better avoid oral sex prior to intercourse (this goes not just for you but also for your partner!). 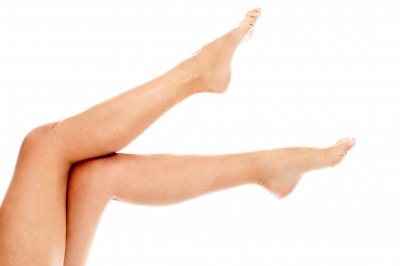 Another thing I would like to mention is that a woman’s orgasm is seen by many experts as a way to increase her chances of getting pregnant. Although there are no clear-cut data on this issue, there is a study that found that women who have orgasms during intercourse do retain more sperm in the vagina (makes sense, right?).

In addition, orgasmic movements in the uterus may help sperm to become transported upstream in a more efficient way, like getting a partially free ride on the long and tedious way toward a maturating egg. Though the final evidence may be lacking, I think it’s worth trying.

In summary, in the months before you start to work on getting pregnant, optimize your lifestyle to support conceptionby not smoking and adjusting your food diet and exercise.

Needless to say, quit smoking and minimize alcohol intake. If you have any questions about the vitamin supplements you’re using, or would like to try any specific ones to improve your egg quality, please write me an email anytime and I will gladly discuss that with you.