How to build a family if you are German and homosexual?

Germany holds a marginal scientific position in all things regarding biomedical reproduction. This is partially to do with the German Embryo Protection law that came into force in 1991 and severely blocked scientific research in this area.

Childless couples in Germany are generally cut off from many scientific advances such as egg donation, surrogacy, and much more.

High-quality information on these topics is generally hard to find, and communication between the groups representing reproductive medicine in Germany is very much in need of improvement. My website, Paleo-Mama, continues to be the prime website where important scientific advances such as the AUGMENT method, mitochondrial transfer, reproductive options for homosexual couples etc. become for the first time reported and available in the German language. 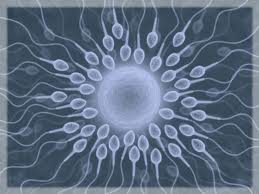 Image courtesy of stella85thomas at Flickr.com

During a recent fertility fair in Berlin, I had an opportunity to talk to Rich Vaughn from the International Fertility Law Group about surrogacy options in the US for German couples. Many things were said, that even I didn’t know. I will not reproduce our conversation in whole, but rather stick to what is relevant to this article.

DW: Do you have experience with German couples? Can you explain what the average German couple or client looks for?

Rich Vaughn: Yes, a lot! During my career I had over a hundred German couples – mostly male-male and heterosexual couples.

DW: Where do you become involved in the process, once the baby is there?

Rich Vaughn: I get involved already in the beginning when couple and the surrogate have been matched. Often, for me, the agency has made the match and we have to do the contracts with the surrogates and the parents. The same is done with egg donors as well. Lawyers get involved in early stage before the donors and perspective parents poke themselves with needles.

Lawyers get involved in early stage before the donors and perspective parents poke themselves with needles.

DW: Are all the surrogates who work with your agency from the US?

Sometimes, the agencies will introduce the clients to lawyers. Sometimes, they find the clinic, and the clinic introduces them to an agency, and an agency introduces them to me. We all have a role in this process. In my experience, most clients start with a clinic and then find a way to an agency. When they have a donor or a surrogate match, they are ready for contract and they find their way to me or any other lawyer.

DW: What is an average price and duration of a surrogacy process?

DW: Maybe you’d describe a typical German couple? How old are they? What’s their motivation?

German private health insurances would pay for baby care in the US – that does not exist in other countries.

DW: How odd! They pay for a medical care of a homosexual couple and at the same time they don’t pay for basic fertility treatments in the same country.

Rich Vaughn: Yes, exactly! If they’re going to use their private German health insurance they have to match with an unmarried surrogate because German law would assume that the pregnant woman is the mother, and if she’s married that her husband is the father. But, if she’s not married, then during the pregnancy, she can go to a German consulate and sign the acknowledgement of paternity, acknowledging the father, or one of the fathers if it’s a male-male couple. The German law sees the father at birth as the legal father, and then he can use his insurance to pay for the baby’s medical care. They have to pay upfront, but they can be reimbursed by the insurance company.

DW: Where do most of the German clients come from? I imagine you haven’t seen couples from German province?

Rich Vaughn: If I’d have to guess, most of my German clients came from Berlin, Hamburg, and Munich, respectively. I also had a few from Frankfurt.

This is all for now, and I hope that you are able to recognize encouraging and quality advice in regard to parenthood options for gay couples.

DW: Thank you Rich for this important information!

How to chose the right sperm donor? Ask your sperm bank these questions!
June 22, 2020

What I wish I had understood about fertility when I was first diagnosed with Hashimoto’s Thyroiditis
September 11, 2017

Nutrition and adrenal health: Here’s what Nicole from Healthy Mom Handbook says about it
May 15, 2017

How to find a sperm or egg donor: Interview with Erika Tranfield from PrideAngel
May 8, 2017