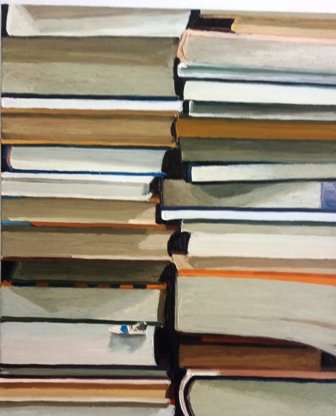 Many women undergoing IVF often take melatonin in addition to other supplements, in a hope to improve egg quality before the treatment.

In my counselling sessions, I was asked several times how much melatonin should be taken given that doctors seem to recommend anything between 300 µg and 10 mg?!

I know research evidence which clearly showed several years back that melatonin can work synergistically in combination with myo-inositol to improve egg quality in women with PCOS (polycistic ovarial syndrom).

That’s why I was reluctant to recommend melatonin to non-PCOS women (most of whom are anyway taking a long list of supplements).

But recently I’ve come across the medical evidence and studies which included melatonin in various treatments of infertility, always with excellent results. That made me think, maybe melatonin is beneficial beyond the PCOS?

Maybe it’s time to give melatonin a fair chance, together with the usual suspects like vitamin D, omega-3, and  CoQ10? Here’s what I found:

This study confirmed the positive effects of melatonin on the reproductive system and fertility by documenting its beneficial effects on embryo quality. Authors recruited 60 women undergoing IVF who also had simultaneous sleep disturbances.

Interestingly, by the end of the study (it seemed to be only one cycle, which I consider quite short), the melatonin group had significantly improved embryo transfer rates; however, they’re insomnia did not get much better. The melatonin dosage used was 3mg/day (one melatonin supplement with that dosage you can find here).

This Japanese study also used 3 mg per day melatonin during one IVF cycle in women who previously had unsuccessful IVF cycles. They found out that melatonin supplementation had beneficial effects on fertilization rates, which increased almost dramatically (35.1% vs. 68.2%).

The authors suggest that improvements may have been due to a reduction in oxidative damage in oocytes: “Melatonin could become an important medication for improving ovarian function and egg quality, and open new opportunities for the management of several ovarian diseases”.

Whatever it is, it makes a strong case for adding melatonin to the list of supplements given its generally beneficial effects on egg quality.

One fun detail: while researching for this article, I learned that melatonin often helps to slow the process or hair loss in men!

This research paper has looked at the possibility of supplementing cell culture medium (where eggs are placed after retrieval) with melatonin. Adding substances individually to the cell medium is very effective and makes me wonder why it’s not used more often in IVF labs.

As a cell biologist, many times I’ve made the experience that a cell’s metabolism can easily be influenced by adding different compounds directly in cell media where they (cells) live. Given this, why not help tired eggs recover after retrieval by adding melatonin along with CoQ10, Vitamin D, and omega-3 directly in the cell medium? In my opinion, this is a great point of for individualizing treatment products and the way to go in the future.

This recent evidence on melatonin was published in Reproduction in 2017. The study recruited 61 women undergoing IVF and put them melatonin supplements and suggests that measuring melatonin concentration in follicular fluid as a relevant prognostic factor for egg quality. As stated previously, more eggs and better fertilization rates could be achieved in women with higher melatonin levels.

5. Effect of myo-inositol and melatonin versus myo-inositol, in a randomized controlled trial, for improving in vitro fertilization of patients with polycystic ovarian syndrome. Pacchiarotti A, Carlomagno G, Antonini G, Pacchiarotti A. Gynecol Endocrinol. 2016;32(1):69-73.

In this research paper from 2016, scientists from Italy confirmed the effects of melatonin as previously known: melatonin improves egg and embryo quality when combined with myo-inositol in women in IVF patients with PCOS. The trial they conducted was randomized, controlled, double-blind, and included 526 infertile women with PCOS.

Combined, myo-inositol and melatonin have been shown to enhance egg and embryo quality in a synergistic way.

Given that this result is reproducible and has been known for several years, the authors conclude that the combination of myo-inositiol and melatonin could be integrated routinely in IVF protocols in PCOS patients.

So, I don’t know how you feel, but I’m now fairly convinced that we should give melatonin a fair chance when supplementing to improve egg quality. Compared to many herbs, plant extracts, or supplements with no scientific evidence, melatonin now has a solid scientific backup that it gives benefits in sub-fertile women. Additionally, if taken over a longer period of time, I’m positive that it also helps with sleeping disturbances.

In case you don’t know much about melatonin in general, here a few more things to remember:

Melatonin is a hormone produced in the brain within that mysterious place called sometimes “third eye” (pineal gland).

The release and production of melatonin are stimulated by darkness and suppressed by light, suggesting that melatonin helps regulate our internal body clocks. Melatonin level reaches its peak at night between 2-4 AM, which is why we really should be sleeping at that time.

Melatonin synthesis has been conserved during evolution and occurs in the same way in people, animals, and even plants. Its specific chemical structure enables it to pass easily into any cell, fluid, or compartment within the body.

Overseeing many bodily functions, synthetic Melatonin supplements nowadays are used for a variety of medical conditions, most notably for sleep related disorders.

And, who does not suffer a tormented sleep when going through an IVF?

Melatonin is used to treat various conditions such as: Alzheimer’s disease, chronic fatigue syndrome, insomnia, and depression. Melatonin impacts our internal body clock, so the time of day when it’s taken is extremely important;it’s recommended that one takes it as to mimic its natural high time just before going to bed.

Negative impact of oxidative stress on fertility has been recognized in recent years and there are dozens of studies demonstrating its negative effect on egg and embryo quantity and quality retrieved during IVF.

Melatonin possesses antioxidant activity, and many of its proposed therapeutic and/or preventive uses are based on this property. Due to its antioxidant characteristics, it is a powerful protector of DNA and other cell components. As a powerful antioxidant, melatonin removes free radicals, a natural by-+product of biological processes.

Today, we know that melatonin not only plays an integral part in regulating sleep cycles, but menstrual cycles as well. One of the most common symptoms of PCOS are irregular periods and ovulations -perhaps that’s why Melatonin most benefits women with PCOS?

As we age, we synthesize less of this valuable antioxidant substance.

But before taking melatonin supplements, you can try balancing your natural melatonin levels by not exposing yourself to intense light before going to bed and try getting to bed nolater than 10:00 PM.

Where and how to purchase Melatonin?

If you live in the US or Canada, you can find this hormone available on the shelves in any local drugstore or pharmacy. This is not surprising because melatonin was recognized as a safe, healthy, and natural remedy for sleep disorders a long time ago. If you wish to order from Amazon, you will find a few product links below. And if you’re unsure of what to do, how much to take, or need help with individualizing your supplement list to achieve better and faster results, here is how you can find me.

Good luck and see you soon!