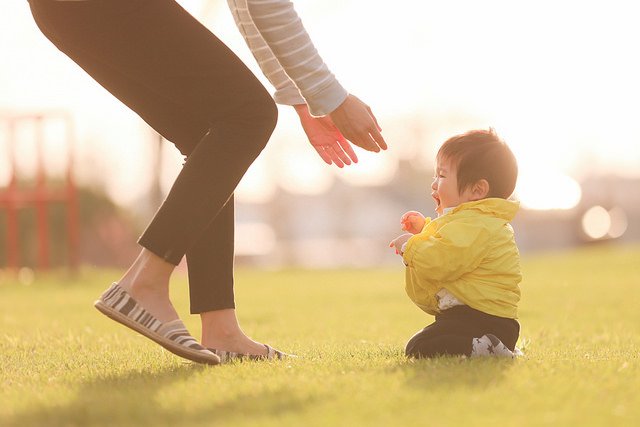 There is no probably no other such controversial topic related to building a family as surrogacy.

Though I’ve spent years emerged in investigating and understanding all kinds of infertility-related topics, I must admit that I’m not completely sure how to feel about surrogacy.

Is surrogacy a renting-a-body type of business? Or is it the finest art of altruism that human beings are capable of?

In my opinion, it’s just like in everything else: it’s the dosage that makes the poison.

Recently, on the margins of the conference in Berlin I was very happy to have had the chance to talk with a lady who knows this issue from her own personal experience. For Lauri Berger de Brito, surrogacy so deeply transformed her life that she turned it into a profession. So asked Lauri many questions and would like to thank her and her Agency for Surrogacy Solutions for enabling important insights on this difficult topic.

D.W.: Lauri, what is it that brings you to a fertility conference in Germany?

Lauri: We want to offer information regarding surrogacy and egg donation to German audience who might need this sort of assistance to create their families.

D.W.: Why would any infertility patient from Germany want to go to the US to look for egg donation and surrogacy?

Lauri: People generally need surrogacy and egg donation for two reasons. First, same-sex male couples (obviously) need an egg AND a uterus. Second, in heterosexual couples, some women may have had cancer, a surgery which damaged the uterus, or simply have a poor ovarian reserve.

D.W.: Is there an age limit for intended parents in the US?

Lauri: We work together with clinics who refer couples to us. Often, they’re already in their late 40es and 50es. Generally, clinics say that intended parents should not be older than 100 years combined, but it really all depends.

Lauri: We’ve seen both heterosexual couples where the woman has not been able, for whatever reason, to carry a baby, as well as same-sex couples with men who obviously can’t carry a child and need a surrogacy and egg donor as well.

D.W.: How does that work? Where do you find your surrogate mothers? Where is the child born and how is it brought to the intended parents back to Germany?

Lauri: The baby is born in the United States. In most states, egg donation and surrogacy are legal. So, when the time comes that the surrogate mother gives birth, the intended parents travel to that country to be with her at that time.

The baby gets a birth certificate and the only names on the certificate are the names of the intended parents. The child is given an American passport and when the family comes to Germany, they need an attorney who will undertake the steps for a child to become a German citizen.

Germany recognizes parentage of babies born via surrogacy abroad. Germany’s Supreme Court ruled that the government must recognize the children born via surrogacy in other countries as the legal offspring of German intended parents. In its ruling the high court stated that German authorities must respect the decisions of foreign authorities in regard to the parental rights of German intended parents.

D.W.: What is a good starting point for the couples who need this kind of assistance?

Lauri: I think it’s important to find a good agency first, because good agencies work with the top clinics.

Intended parents then chose the clinic that is right for them and start the process either using their own eggs and sperm to create an embryo, a donor egg or sperm, or whatever combination is needed to create embryo.

At the same time, we start a process of finding a surrogate, so that once a couple has its embryos, we’ll move towards working together with a woman who will deliver the baby. Trust and communication are essential. Since most couples live in countries (or the US-States) other than their surrogate, they connect on the Facetime, Skype, or whatever else, to establish and keep the interaction and a relationship with the person who carries a baby. Typically, they talk after every medical appointment, and surrogates also want to share their pregnancy.

D.W.: Is it not scary for all sides involved to engage in the process of surrogacy?

Lauri: Oh, yes! But once they all connect and talk to each other via video-chats, the process becomes much more real. The couples get to know the surrogate, ask her questions, talk to her children (because surrogacy is allowed only in women who have already given birth), and all typical fears disappear.

D.W.: What is it that motivates surrogate mothers to carry other people’s babies? Obviously, there is a financial compensation. However, most of the women who have given birth would say, “I would never do this again”.

Lauri: When you carry a baby, it’s never only financial – there’s simply not enough money to pay carrying a baby. I would also never be able to do it. But in surrogate mothers, it truly is a calling they feel to help somebody else. These women had easy pregnancies of their own, have enjoyed being pregnant, or they have their families and can imagine how that is for someone to want a child and not be able to have one. I’d say 75% is this motivation of wanting to help, and only the rest is financial.

D.W.: How do you find women who want to be surrogate mothers?

Lauri: Mostly by referrals. Most of women who contact us are not qualified (for the reasons they had a gestational diabetes, high blood pressure, or any other issue that rules them out), so we have to decline them. Generally, it’s through a word of mouth that we find our surrogates.

D.W.: How do surrogates typically choose to give birth? Naturally or via C-section, where doctors have more control over the process?

Lauri: It all depends on the decision they make with the doctors or on whether they carry a single baby or twins. Really, the only rule is really that all surrogate mothers want intended parents to be present at birth. It does not matter if the intended parents are homosexual or heterosexual – it’s a moment of glory for the surrogate and they need this recognition.

There’s simply not enough money to pay for carrying a baby. In surrogate mothers, it truly is a calling they feel to help somebody else. These women had easy pregnancies of their own, have enjoyed being pregnant, or they have their families and can imagine how that is for someone to want a child and not be able to have one. I’d say 75% is this motivation of wanting to help, and only the rest is financial.

This is how I became a mother of four children – I gave birth to one by myself, and the other three were carried by the surrogate. I remember when my surrogate was about 7 months pregnant and I asked her, “will you carry for us again?” and she said, “Don’t ask me now, ask me when the baby is born!”

So, I was thinking,“Oh God, I know how I felt after birth, I was not even able to talk to anyone.”

However, my surrogate’s birth went well and easy, and when she saw me holding my daughter in my arms, she said, “Yes, I will carry for you again. There is nothing more rewarding and ultimately as important as bringing a child who is so very wanted into the world.”

D.W.: Thank you Lauri for this wonderful conversation!

Agency for Surrogacy Solutions you can find here: http://www.surrogacysolutionsinc.com/

Visit my free webinar: Improving Fertility Naturally: Lifestyle interventions that actually WORK (September 10th at 8:00 PM, Berlin time-CET):
September 3, 2020
How to chose the right sperm donor? Ask your sperm bank these questions!
June 22, 2020
What the CARE fertility director tells his patients about how to increase chances of pregnancy
June 17, 2020
Why is the O.L.G.A. Clinic in St. Petersburg so successful for Scandinavian couples and single women wanting a baby with their own eggs; including those that may otherwise have given up!?
March 1, 2020
Spanish top reproductive scientists from Dexeus to start research in modifying human embryos with CRISPR
February 11, 2020
Scandinavian sperm donors are hot! In a conversation with the founder of the world’s largest sperm bank
September 10, 2019