A number of pain-killers can stop ovulation and lower fertility?

A number of pain-killers can stop ovulation and lower fertility? 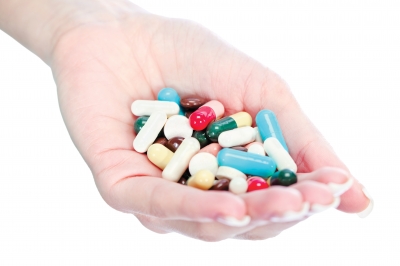 Of course, I was occasionally taking anti-pain medications during the time I was trying to conceive. I mean, who doesn’t?

Though I am generally trying to avoid any medications as much as possible, I sometimes do get headaches (or toothaches!) that can’t be relieved without reaching for the ibuprofen.

But was it always ibuprofen that I took? My husband often uses diclofenac; did I occasionally take some of his pills? I don’t remember anymore.

One scientific paper I read a few weeks ago did make me try hard to recall that detail. Here is why:

A clinical study presented at the European League Against Rheumatism Congress 2015 in Rome found something remarkable: young women who regularly used pain-relief medicines such as diclofenac, naproxen, and etoricoxib (drugs from the group of nonsteroidal anti-inflammatory drugs often used to treat pain, such as lower back pain, migraines, and even menstrual cramps) seemed to have been seriously undermining their fertility that way.

According to the study, these drugs (depending on the country, some are available without a prescription!) may prevent ovulation and lower levels of progesterone.

Although this process seems to be reversible, a woman is not going to ovulate (or will have an impaired ovulation) if she continues to take these drugs continuously. The study suggests that doctors need to be aware of this effect of medications on ovulation and advise women to look for other pain-relievers if they are trying to conceive.

If these results are confirmed by other studies, this could open the door to new emergency contraception methods (not that I would ever take them in this regard or advise any one to do so). The progesterone levels in these women had dropped, too. It turned out that about one-third of those who took pain-killers developed cysts due to unruptured follicles.

Next month, the researchers convinced about half of the women to return to check for ovulation. After women stopped taking pain-killers, normal ovulation returned. 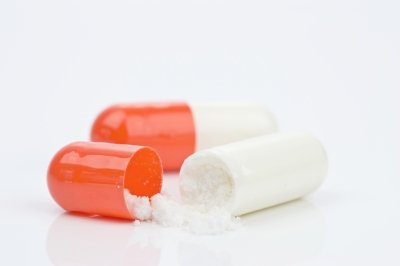 Another recent study, published in Human Reproduction in May 2015, took place at the University at Buffalo in New York State (Dr. Schisterman, thank you for sending me the full version of your study!).

That study asked whether the use of four common over-the-counter pain medications affects ovulatory function and reproductive hormones in premenopausal women. These medications were ibuprofen, acetaminophen, aspirin, and naproxen.

Medications were taken by 259 study participants in the days prior to ovulation. Contrary to the study presented in Rome, no such detrimental effects on ovulation were observed. The use of analgesics was, however, associated with decreased odds of sporadic anovulation (which would mean that the fertility was improved in a sense).

Combined, this would mean that, depending on the substance, certain medications can almost totally inhibit ovulation while others have no influence at all, or could possibly even improve ovulatory function.

Or maybe both studies need to be repeated and verified in other research settings? By itself, the possibility that widely used painkillers could affect egg maturation and ovulation to any significant extent warrants further scrutiny (and I hope to soon find out and report more about it).

I generally think we should know more about the side effects of drugs we frequently use. How many women are taking painkillers while trying to get pregnant? How many of those suffering with infertility mix various herbal teas while at the same time taking supplements and sometimes even hormone treatments? That’s insane, isn’t it? (Here is where you can find me if you need me to check on the supplements you’re taking).

I mean, imagine that any one plant can have up to several dozen and sometimes over a hundred active compounds?! Mixing them up with medications creates most interesting scientific experiments, only that there is no control group and no scientist in control of the outcome.

Update 2017: Please read this post about why it’s not good to take too many supplements at once and make a laboratory out of your body.

Visit my free webinar: Improving Fertility Naturally: Lifestyle interventions that actually WORK (September 10th at 8:00 PM, Berlin time-CET):
September 3, 2020
How to chose the right sperm donor? Ask your sperm bank these questions!
June 22, 2020
What the CARE fertility director tells his patients about how to increase chances of pregnancy
June 17, 2020
Why is the O.L.G.A. Clinic in St. Petersburg so successful for Scandinavian couples and single women wanting a baby with their own eggs; including those that may otherwise have given up!?
March 1, 2020
Spanish top reproductive scientists from Dexeus to start research in modifying human embryos with CRISPR
February 11, 2020
Scandinavian sperm donors are hot! In a conversation with the founder of the world’s largest sperm bank
September 10, 2019

Visit my free webinar on September 10th at 8:00 PM German time (CET). The seminar will be held in ENGLISH. Topics discussed: how many eggs do I have left? Improving fertility with supplements and diet: what works and what’s the science behind it

Read this and you might not need fertility treatment!