When is the best time to get pregnant? 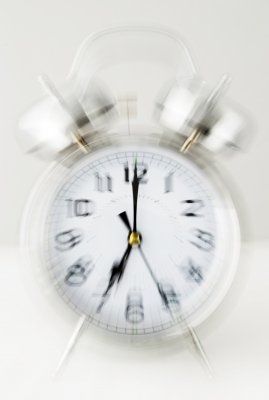 At which age should women have children? Image credit: paul at FreeDigitalPhotos.net

At which age should women have children?

When an average woman in her late 20es considers becoming a mother, what is a picture that TV and magazines help her arrive to?

Sarah Jesssica Parker gets twins in her mid-forties, Heidi Klum models in underwear only a few weeks after giving birth. Becoming children can’t be too difficult, right?

But, when is the best time to get pregnant?

Just in case our normal average girl has heard something about every 7th couple in Western societies having difficulties to conceive a baby sometimes during their life together, internet will reassure her and suggest a plenty of soft ways to deal with that issue in case that should ever happen to her. From hypno-training, to fertility massage and visualization.

In reality, a woman in her early 30es has only about 12% of her ovarian reserve left. To put more simply, only a slim fraction of eggs she was born with is still present at that age and many of them don’t build viable embryos any more.

Does that still look like the best time to get pregnant?

There will be no new eggs growing in woman’s body and those that are left will at some point (largely genetically set) disappear. Not in a linear fashion as we like to imagine – a flat line stretching to a horizon of eternal fertility, but more like a waterfall, with power and effectiveness typical most physiological processes.

That is a simple biological reality which has been around for more thousands of years than minds of most of us can easily imagine, and will not become different any time soon.

So, is there a reason to panic? No.

Is there a reason NOT to act? No.

What is a first thing a woman who wishes to get pregnant after 35 should do?

Talk to her mom. Knowing when your mom has reached menopause is useful, as size of ovarian reserve is pretty much genetically determined.

While it is possible an even likely for women to have wonderful pregnancies in later age, for those who want to get pregnant and are serious about becoming biological parents, best is not to put all their remaining eggs in this fragile basket.

Finally, Sarah Jessica Parker has taken other women to carry out her pregnancy and other celebrities also may not share all their secrets publically. Regarding complementary methods to treat infertility, best visualization will not help to create something which does not any more exist.