Don’t you hate periods? Why do women menstruate so often? 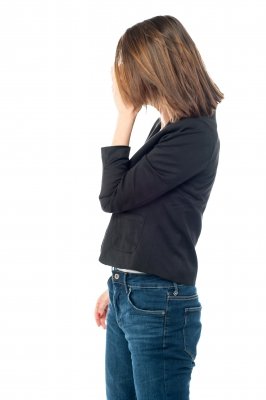 I was alone at home with my mom on that day so it was a perfect occasion for her to have a conversation with me.

In that conversation, she could have said, I love how you’re becoming a woman, Darja.

Or she could have said, menstruation is a perfectly normal thing that happens in every woman’s life.

My mom could have said just about anything, but the only response she could think of was to sit down and start crying (and leaving me with a dull feeling of embarrassment).

Maybe my mom was having a similar hate relationship with her periods as I’m having with mine today?

I hate my period (and I’m not the only one)

When I was younger, waiting for periods to come was filled with anxiety. I was counting the days down and hoping I would not get pregnant (I never used contraceptive pills and looking back I’m glad I didn’t).

When I became older, period arrivals filled me with anxiety again, this time for the reason that I wished they wouldn’t come and that I finally got pregnant (this took longer than expected and resulted in me writing a book)

And today, when I’m neither young nor wishing to get pregnant, I still hate menstruating.

The reason is that my cycle (as with almost any woman approaching the menopause) is sometimes irregular or accompanied with a PMS that interferes with my everyday life (and my husband’s and my children’s).

As much as I try, I see nothing positive or even tolerable in women having to menstruate.

And I’m not the only one.

So now that you’re browsing my blog—while probably counting down the days until your next pregnancy test and hoping the period never comes—let me entertain you by telling you why it is that women actually have to bleed every month.

Why do girls get their periods? Period facts and myths

In more ways than one, menstruationis a very wasteful process.

On average, a woman loses one hundred milliliters (sometimes a bit less) of blood over 3 to 5 days of menstruation.

This is not much (less than half of a coffee cup) and I think it’s a shame that we create that much garbage using pads and tampons to absorb this bloody waste. 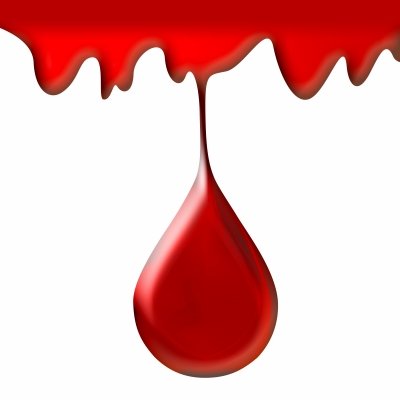 But why do women menstruate in the first place?

Could Mother Nature not think of something less annoying?

One hypothesis says that the main purpose of menstruation isto remove toxins from the body.

Though it sounds seducing, this hypothesis is colored by taboos against menstruation.

Throughout the centuries, in many cultures of the world, women were separated from family members while menstruating and it was believed that during that time they were disgusting, dirty, and that their bodies excreted toxins (which at some point in time even had the name menotoxins).

Another hypothesis on menstruation (which appeared in the early 1990s) suggested that menstruation’s main function is to protect the uterus from pathogens transported by sperm (you can read abstract here).

To me this makes more sense than the first hypothesis and here is why.

Only a very few species on Earth menstruate, did you know that?

Apart from humans, only certain monkeys, apes, and bats menstruate (and all these species happen to be quite promiscuous).

If you’d like to ask me a fertility-related question or need my advice on your fertility journey, please send me an e-mail as described here and we’ll set up a Skype-consultation at a time that suits you!

According to this hypothesis, if the females of such species mate with multiple partners they would be at greater risk of exposure to diseases transmitted through sperm and, therefore, would benefit from frequent menstruation. Unfortunately, follow-up studies could not confirm a link between female promiscuity and women having periods. As a matter of fact, some researchers even suggested that menstruation itself increases the risk of infection (because bacteria grow well in blood).

The newest theory comes from 2011 and suggests that women menstruate through a process called “spontaneous decidualization” What does that mean?

It means that in horses, pigs, cows, and many other animals the embryo simply sits on the surface of the womb lining (have you ever heard of horse IVF – it’s actually performed quite frequently and transferring embryos works well from one horse to another, as opposed to humans).

On the contrary, in humans and most other menstruating primate species, a fetus will dig through the uterine lining to form a very deep bond with its mother’s body. This strong bond is exactly the reason why the fetus can take as much nutrition from the mother as it likes; however,the female body has developed the capability to get rid of bad quality embryos and fetuses that do not develop well.

Although there was a lot of excitement about this, including a TED-talk on this topic, I admit I need more time to accept this theory.

What we do know for sure is that in some human societies, menstruation is actually a very rare event!

In several hunting and gathering populations studied, women spend most of their life either pregnant or breastfeeding, meaning free from periods!

A woman in Africa will have fewer than 100 periods on average during her lifetime. By contrast, most modern women in Western societies will menstruate 400–500 times before they reach menopause.

Not only dowomen from primitive societies have fewer periods during their lives, they also start to menstruate later. The nomadic kind of life demanded long and strenuous walks that inhibited ovulation in younger women. Coupled with their skinny postures and few fat reserves, these factors are identified with decreased fertility and the delayed appearance of menstruation.

But, back to our reality: if you are over 35 and experiencing shortened, or otherwise irregular cycles, mood changes, or decreased fertility, then don’t be surprised because those subtle symptoms may appear individually or come in a package. You may not realize at first that they’re all connected to the same thing—a diminishing ovarian reserve and falling levels of estrogen and progesterone.

To end this post, I’ve searched for reasons to LIKE menstruating and to say something positive—but I couldn’t find it! Women all around the world simply hate their periods, period!

I Googled “reasons to like period” and this is what I got on the first page of the search results: “Eight reasons why it’s totally okay to hate your periods”; “Would you stop menstruating if you could?”; “The top 10 reasons we hate our periods”;”ONE positive thing about your period to make you hate it less“; and “Why periods suck.”

I hope your next one does not come too soon. Cheers,