Finding success with IUI – How many times should you try before giving up?

Once I coached a 41-year old woman who has gone through nineteen unsuccessful insemination rounds. Yes, nineteen, and nobody told her it was time to stop.

She reasoned that, if pregnancy rates are estimated at 10-15 % per insemination cycle, the only thing she has to do, is try hard enough before she gets pregnant.

But this is not how inseminations work.

That’s why I decided to dedicate a post to this topic. 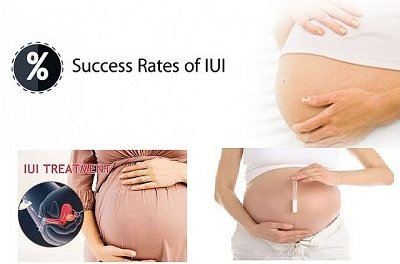 Intrauterine insemination, IUI, is usually suggested as one of the first steps in treating infertility.

Insemination s a very low-tech process and in my opinion hardly deserves to be called a “treatment”.

IUI is widely used in animal and human breeding, and it always works the same way: sperm is placed into uterus using a long catheter.

Just like intercourse, IUI is done around the time of your ovulation. Only that for some reason we don’t yet understand, timing seems to be more important for IUI than is for intercourse.

Before being placed into the uterus, the sperm is usually prepared – washed, concentrated, and sorted in all kinds of ways, and separated from the seminal fluid.

After the IUI has been performed, there is not much that you can do to influence the chances to conceive (please read here Legs up after intercourse, yes or no?).

You can exercise if you like. It is also acceptable to have sex after IUI, as it would increase the total amount of sperm in uterus. Some doctors actually encourage having intercourse following the insemination because orgasm causes the uterus to contract and can help propel the sperm into the fallopian tubes.

IUI has only a 10-20% success rate per cycle. To tell the truth, this is close to success rates of regular sex at the coziness of your own bedroom.

For still unexplained reasons, most doctors will recommend up to six IUI attempts before moving towards IVF. Usually, the first few attempts are not medicated, and are followed by those using fertility medications, such as Clomid (Clomiphene) or Letrozole.

To have reasonable chances of success with IUI you should have at least one open fallopian tube and uncompromised egg quality, while your partner must have adequate semen parameters. This means, sperm count, motility and morphology scores should all be in an acceptable range.

Age has an important impact on the success rates after insemination. Pregnancy rates gradually decrease over the course of a womanʼs life. The IUI success rates are significantly higher for women below the age of 25 compared to women aged 35 to 39.

IUI success rate – How many times should you try IUI before giving up?

The fact is, some couples are just not good candidates for IUI. If their second and third IUI attempt fails, they should not waste their time to try all six.

IUI failure rate of 90% and more is significantly higher in women over 40. Considering how the quality of women’s eggs changes over time, the older you are the less chances will be to conceive with IUI .

Unlike IUI, IVF is an expensive and time-consuming method, but with much better success rates. If you have failed many IUI cycles after you’ve been trying to conceive naturally for at least 12 months, it is definitely high time to question the reason behind your infertility.

In my opinon, for women over 38 it could be wise to skip IUI and go straight to IVF. And for those who decide to give IUI a chance before moving to the next step, it’s important to not waste too much time and not to try more than three times.

The average number of IUIs done before IVF has decreased significantly over the past 15 years. Whereas most couples would do 3-6 IUI cycles before IVF treatment in the early 1990’s, today most couples choose to move on to IVF after 2 or 3 failed artificial insemination cycles.

If you’d like me to assist with your lab reports, give you a fertility advice, or revise the list of supplements you’re taking, this is how you can find me.