Should you use basal body temperature to determine ovulation?

I’ve been delaying writing this post for months and probably longer.

Maybe I thought that women all around the world will give up on BBT charting altogether because there are better methods than measuring basal temperature to determine ovulation.

But no one seems to be tired of BBT temping.

On the contrary, the market is flourishing with fancy fertility apps and many women I’m coaching tell me they have detailed charts of their cycles. 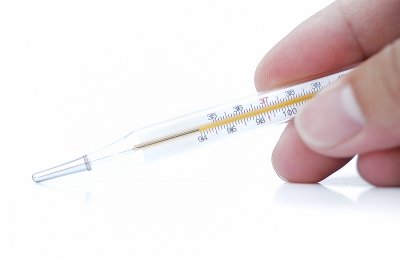 Or is it same some kind of perfection – wanting to do everything that’s possible that brings you one step closer to your child?

Since on this blog I write about topics that you are interested in, I’ll do my best today to tell you what basal body charting can be good for and, if you insist on using it, how to make the best out of that method.

So, you would like to get pregnant and have a baby. Most probably you have spent years and even decades doing everything possible to avoid getting pregnant, and having children seemed only like a matter of being ready and having one unprotected sex. Now you may be finding out it’s not how having babies work.

Luckily, there are ways to help with this process and speed it up a bit.

When you are trying to conceive, ovulation is the most important moment of the month.

For most women, ovulation happens mid-cycle after a mature egg is released from one of the ovaries. This means that your ovaries alternate in function and take turns in releasing eggs, but not necessarily in consecutive cycles as many women were taught to believe.

While you can learn to track down the ovulation through trial and error, I would advise you to read my book and gain some in-depth knowledge about how to pin the ovulation down to several hours (and how to make the best out of that time).

For those of you with regular cycles, I will summarize here how you can utilize the data from your body temperature to find out what’s your most fertile time of the month.

The only equipment you will need is a reliable thermometer measuring to the 0.1 degrees because the temperature oscillation you need to track is subtle. You can use the thermometer like this one.

The only temperature that tells you anything about your fertility is the basal body temperature (BBT). It’s how warm your body is when you are fully at rest.

That’s why is best to measure BBT immediately after awakening. Before you get up, move around and pee, before you have a coffee, and for sure before you even think about having intercourse or messing with your temperature in any other way.

This same procedure you do every day of the months, always at the same time. You can measure BBT orally, vaginally, or rectally, but stick with the same opening for consistency.

If the time varies (because you slept longer or shorter than usual), make anote of this as it can affect your temperature readings.

Also, illness (cold, toothache, fever) and interrupted sleep, can affect your basal body temperature. You can either chart the data yourself and use any of the awesome, free programs available on the internet.

Or you can let a fertility app process your data and tell you in which days of the cycle you should have sex (or avoid having it, depending on what you want to achieve). This is the article I wrote about fertility apps, about who should use fertility apps and why.

After you’ve measured BBT for days, typically around the cycle day 12-14, a small miracle will happen!

One morning, you will stick the thermometer as usual, and it will return a reading which is suddenly HIGHER than on the days before. This rise in temperature will be anything from 0,2-0,6 deg, so just a fraction of a degree.

Therefore, it’s probably too late to plan intercourse for that day. But you can be happy and relieved if you had intercourse yesterday because, according to what science knows, the best time to have an intercourse is just hours before the egg is released.

Do you now understand why I hate BBT?

Because it’s a lot of work and only confirms the ovulation once it’s happened.

The most important readout in BBT will only tell you that your most fertile period is just over.

How practical is that when you’re trying to make a baby?

That’s why I keep posting all over my blog that the BBT charting is good only for those who earn money with it (and there is an entire industry behind this method: personal monitors, digital ovulation trackers, fertility apps…). In my opinion, if MEN had to chart their BBTs to get women pregnant, humanity would soon be extinct.

But if you’re still determined to chart your temperature instead of using simple LH-strips like any sane person, I will tell you how to combine BBT charting with one other method to get an accurate prediction of the fertility window.

In addition to charting, you should check the consistency of your cervical mucus.

In the days prior to ovulation, mucus becomes more viscous, white, and stretchy, similar to egg whites.

Combined, BBT and cervical mucus can signal ovulation fairly well and help women who for any reason can’t or won’t use something simple and easy as LH-strips.

The easiest way to begin charting is to start from the second or third day after you get your period.

Simply measure your BBT and record it on the chart (web or app, or a piece of paper like I was doing for years). Once you notice an increase of 0.2 C degrees or higher compared to previous days, wait to see if it lasts for. at least three days. If so, it’s safe to assume the cycle was ovulatory. Your most fertile period was two to three days before the temperature rise.

Tracking your BBT and following the consistency of cervical mucus at the same time allows you to better predict ovulation than with BBT alone. I guess companies and organizations don’t tell women this because there is no product or money to make with women sticking fingers and getting in touch with their bodies and understanding things like vaginal wetness.

A rise in BBT that lasts for 18 or more days may be an early indicator of pregnancy.

You see – I’m not saying that BBT charting is completely useless, or that it couldn’t help detect some hormonal changes in the body early on in the process etc. I’m only saying there are better methods than stressing yourself with numbers which you then can’t get out of your head for the rest of the day.

Last bun not least: relax. You need inner peace and a loving and strong connection to the sexual parts of yourself now that you’re trying to get pregnant.

So, go ahead and try your BBT temping, but if you’re unable to identify a pattern after several months, be good to yourself and try other things, including booking an appointment with a reproductive endocrinologist.

See you again soon! Much love,