So many men with low and weak sperm counts. Why? 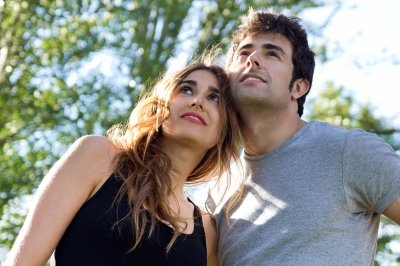 In the past months, I have had several occasions to talk with male fertility experts and I always use this opportunity to ask whether it’s true that the sperm quality of men in Western countries is in decline? Do doctors notice any of that in their daily practice?

I personally notice that many – maybe as many as 50% – of the women I work with say their partners are having mild sperm issues; that is, their spermiogramm results are below what’s considered “normal”.

Or are we all biased? Could some of the low numbers and our interpretation as “decreased fertility” be only a consequence of measuring, investigating, and analyzing sperm more than ever? As one of the doctors I’ve recently spoken to taught me, andrology services of that kind have existed for only a few decades. Our grandfathers could not have their sperm counted and couples who were infertile mostly never found out the reasons behind not being able to conceive a baby.

While most fertility experts agree that there may be something about decreasing fertility of men in highly industrialized societies nowadays, it’s unclear why that happens.

Some of the theories are based on lifestyle. Men are exercising less (or doing too much of a wrong exercise, eating fast food, gaining weight early in life, wearing tight pants, carrying electronic devices too close to their testicles, and much more. Environmental pollutants and plastic also are discussed as compounds that interfere with fertility in negative way and there is no shortage of articles in lifestyle magazines discussing this issue (just came out last week: Are Your Sperm in Trouble -NYTimes).

What can be done about that?

How much exercise is good?

Is there a diet that increases fertility in men?

Are there supplements that surely will work to increase sperm quality?

Luckily, the answer to all these questions is “yes” (which is why I prefer to write about female fertility, which is a far trickier subject both theoretically and practically).

But before we discuss what can be done, let’s first remember what is considered to be “normal” in terms of sperm motility and numbers.

Normal sperm values as recommended by the World Health Organization

So let’s see what you can do and how much time you should plan for it.

Which lifestyle interventions help in terms of improving sperm quality?

One study, published in Fertility and Sterility in 2010, found that the Mediterranean dietary pattern, when applied for six months before conception, significantly increased the chance of pregnancy in 166 Dutch couples undergoing IVF treatments.

The couples were asked to answer questions related to their nutrition and lifestyle; on analysis, it turned out that a high intake of Mediterranean-type foods (e.g., vegetable oils, vegetables, fish, legumes) and a low intake of snacks during preconception time positively correlated with their blood folate and B6 levels and increased the probability of a couple conceiving a baby. Is it sperm or eggs that benefit more from the Mediterranean diet, or both? Is it folate that helps best, or the antioxidants from fresh vegetables, or some other food magic we don’t yet understand? Science still debates on this.

With the right supplementation strategy, it’s possible improve almost all parameters of sperm quality. There are several nutritional supplements that are helpful and scientifically proven to work (here I wrote a separate post on supplements that support male fertility).

In a nutshell, if your partner has real fertility issues, you may want to consider supplements like Fertilisan M or FertilAid for Men. They both have high concentrations of the ingredients needed to improve semen parameters like volume, count, motility, and morphology. Warning: the tablets are huge and most men hate it. From the moment your partner starts taking supplements on a daily basis, it takes at least three months to see the improvement.

If your partner is healthy and has normal sperm counts thathe wants to maintain and support, then there are several supplements and minerals that are helpful. On the top of the list are Coenzyme-Q10 and selenium.

Both CoQ10 and selenium have well documented positive effects on sperm quality (CoQ10 has a solid evidence base for humans while selenium effects are based mostly on animal data). Particularly in combination, CoQ10 and selenium bring significant improvements in about 3–4 months. 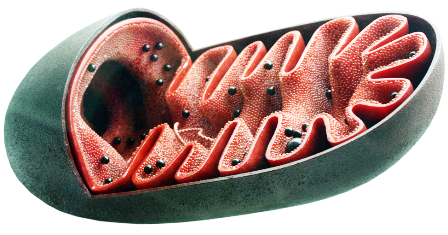 A relatively large amount of CoQ10 is formed in the testicles and in sperm cells to support their extremely numerous CoQ10-consuming mitochondria, which are needed to provide energy for the intensive whipping motion when moving forward toward the egg.

Many infertile men have a significantly lower CoQ10 content than men with normal fertility. A series of open and controlled studies has found CoQ10 supplementation to reduce damage to cell membranes (such as lipid peroxidation), but also DNA damage, inflammation, and to generally improve sperm function (please see references below).

In this study here, 212 infertile men (they all had oligoasthenoteratospermia) were given a daily supplement of 300 mg CoQ10. After six months, the semen was evaluated again and the results showed an increase in 1) number of sperm cells, 2) their motility, and 3) their ability to penetrate the egg. A lower dosage than 300 mg might, in my opinion, also work, especially if your partner does not have an infertility diagnosis and if you use an excellent supplement like this one.

Selenium
Selenium is the structural part of selenoenzymes, which are structural proteins that protect sperm from damage and mutations. Selenium deficiency can cause reduced mobility and various deformities in spermatozoa. In a study where the participants were given supplementation with 100 micrograms of selenium yeast daily, sperm quality greatly improved.

A funny thing I’ve noticed is how women with infertility often don’t mind their partners having mild sperm issues! For me, this is understandable because I was one of those women some years back. After having been diagnosed with a low ovarian reserve, it came as a relief that my husband had quite miserable sperm counts. I recall feeling not just less guilty for us not being able to conceive, but also better connected to my husband. Simple knowing that whatever happens, we’re both responsible made the entire waiting time to our first child much easier and, in some strange way, our relationship stronger.

I also often wonder why it takes ages before women ask their partners to go to fertility clinics and have their sperm checked? Why is it that women sometimes enter fertility treatments themselves before the husbands have ever been examined in the first place? I don’t have a definite answer to this, I only see that it’s a global problem, regardless of a woman living in the US, Spain, or Germany; in my book, I’ve dedicated an entire chapter to this issue.

Good luck, see you next week!

What can cause a man to be infertile: Things about male fertility you need to know
March 13, 2017

Which supplements support male fertility? It depends on different things and here is how you can decide
October 17, 2016