Who was the first one to discover beneficial effects of DHEA on egg and embryo quality?

You are here:
Fertility WOMANVitamins 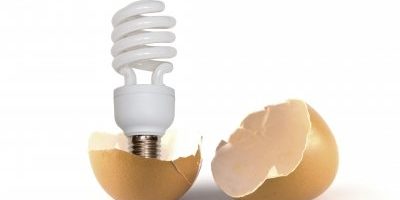 Who was the first one to discover beneficial effects of DHEA on egg and embryo quality? 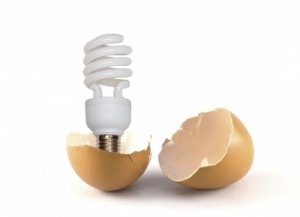 We all now know that DHEA can improve egg quality in women, especially those who are in advanced reproductive age.

But DHEA has come a long way in the past ten years – from a coincidental finding, to the more systematic research, to the recent large, independent, separately confirmed clinical studies.

It is now official, and we are happy and grateful to have at least one supplement on our side which can help us slow down our biological clocks in one particular moment in life, the moment when we try to become mothers.

But how did it all start? Who was the first one to figure out this important finding?

Unlike many other groundbreaking discoveries which happened due only to coincidence, the one of improving egg quality was more a case of persistency (combined with a coincidence that the right supplement was chosen). Both coincidence and persistency were brought about by one single woman.

That impresssed me so much when I first read about it.

This woman was 42,7 years old at the time. Apart from her advanced reproductive age, everything else about her was, biochemically speaking, unremarkable: her period started when she was 11, she used oral contraceptives throughout her adult life, and she never previously attempted to become pregnant.

Her BMI was normal (though she did gain weight during the one year in which her body had undergone nine IVF cycles).

She had entered the treatments with FSH of 6,2 IU/L but her values went up to 15IU/L during that year, indicative of the approaching menopause and a small reminder of how quickly eggs disappear at the end of a woman’s reproductive age.

So what, then, was special about this woman, why was it she to make this wonderful discovery?

Was it her determination to become a genetic parent? Her fearlessness to face her disappearing ovarian reserve? Her personal strength to search for solutions independent of her doctors? (We are speaking of a time before 2005, when Google was displaying a completely different picture when one searched for “DHEA”).

What does DHEA do for fertility?

The story started when, at a certain point in life, this courageous northern European woman (who was single at the time!) decided it was time for her eggs to make some babies. So she went to a private IVF center.

Too late, as it turned out; her eggs were already gone. Almost all.

She then took initiative and researched, asked, and learned as much as possible, and did not stop until she figured out what to take to give one last push and refresh her ovarian reserve (“a severely decreased ovarian reserve,” according to her medical report).

The name of the hope was DHEA.

After her first IVF cycle, she began with self-administration of 75 mg per day of oral micronized dehydroepiandosterone (DHEA) and also initiated acupuncture treatments. In the next IVF cycle, her estrogen values (which are predictive of how many eggs respond to stimulation) improved, becoming as much as 18 times the original values?! Even assuming that from this one can’t tell much about the quality of her eggs, her decades-old ovaries were up and running! Much was going on, at a time when all odds were speaking against it.

From there on, our dear First Patient went on and on with both DHEA and the IVF. Her ninth IVF cycle resulted in retrieval of 17 oocytes, which together gave 16 embryos.

For me, as a cell biologist, this is what comes in the category of “wonder.”

How many embryos did this courageous woman bank altogether?

Because she was single at the time and didn’t want to get pregnant immediately, she only wanted to have enough embryos stored to be sure she would get pregnant at some later point.

So did her doctors get mad at her for taking the initiative? Not at all, they published a case study in the Fertility and Sterility Journal (one of the best journals in the field) and a series of DHEA-related papers afterwards. Many more case studies followed and millions of women hope to benefit from this discovery.

Dear Dr. Barad, dear Dr. Gleicher: I love to read your publications, and I am amazed each time at how far we’ve come in our understanding of women’s eggs in only one decade’s time!

Next time I will write more about their recent work. See you soon.