Why do women over 35 often wish to have twins? How to increase the chances of having twins? 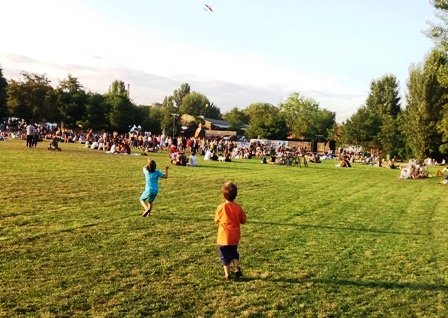 Some years back while I was trying to get pregnant with my first child, I participated in Qi-Gong classes with a group of women who dealt with infertility.

Once a week after our Qi-Gong session, we would go out for a drink afterwards and update each other on the progress of our fertility journeys.

I remember I once said how I would welcome to get pregnant with twins. I’m a biologist and fascinated by the phenomenon of the two almost identical and yet totally different human beings being born together.

It turned out that I was not the only one with a twin-fantasy—all except one woman wished, more or less secretly, to have two children at once.

Our reasons for wishing for twins differed, from convenience to concerns about our increasing age (I was 36 at the time). Qi-Gong-friends who already were in fertility treatments found the medical procedures to be hard, exhausting, and expensive. In all of us, there was a wish to simply speed up things and complete our families sooner rather than later.

One of my sport mates (I will now call her “Helen”) was particularly obsessed with the idea of having twins. She had experienced four unsuccessful rounds of IVF and was exhausted both mentally and financially. Helen wanted so much to become a mother that I remember wishing on that evening she would be the first one from our group to get pregnant. Unfortunately this did not happen—only a few weeks after this conversation Helen had another unsuccessful IVF and left our group.

How to get pregnant with twins?

It possible to increase having twins naturally?

Is it moral to consider a fertility treatment in order to become pregnant with twins?

Are there advantages to having two babies at once? What are the risks of having a twin pregnancy?

It is not unusual anymore to have twins. It used to be that only one in about 80 pregnancies was with twins. However, due to the use of artificial reproductive technologies we now have a situation that one out of every 20 is a twin pregnancy!

There are several things that increase the chance of naturally conceiving twins.

Genetics and lifestyle play a role, so having twins in the family (especially on your mom’s side) increases chance that you will get pregnant with twins, too.

Next, people of African descent have a higher chance of having twins, followed by Europeans, Hispanics, and those of Asian descent.

Being tall and well-nourished is a good prognostic factor as well as having prior pregnancies. Women who already have four or more children have a much higher chance of birthing twins—their body “knows” in a way that it can handle a double load.

Strangely, if you want to conceive with twins, it’s better to be older. Older women are less likely to GET pregnant, but once they do, they are more likely to have twins. For example, women of 45 have both the highest miscarriage rates and highest odds of having twins—almost 20%!

Taking vitamin supplements helps, too. Many supplements are good (you can contact me here if you need to have your supplement list individualized, which I strongly recommend you do because this can save you a lot of time), but folic acid is one of the most important ones. The World Health Organization recommends taking 800µg every day for women of child-bearing age. Generally, be well-nourished because underweight people are less likely to have twins.

Finally, you can ask your doctor to help you. Some women wonder whether it’s moral to do so and I honestly don’t have an answer to this.

But in the case you decide to do so, you can talk to your doctor about an oral medication called Clomid.

It’s one of the best fertility drugs for conceiving twins. Clomid can be offered to women before they turn to assisted reproductive technologies. Taken in a controlled way, clomid stimulates the production of eggs so that most women will produce 2 or 3 follicles in a regular cycle in a response to this low ovarian stimulation.

However, this means that clomid may result in triplets or even more, so be careful (I personally think that drugs for ovarian stimulation should be given only by fertility specialists and women be monitored closely by ultrasound).

If you’re older than 37, then your doctor might realize that having twins lowers the chance of birth defects compared with two single pregnancies. To this, there comes a high rate of secondary infertility for women in that age group.

And if you’re already undergoing IVF, it may not be difficult at all to persuade doctors to help you have twins.

With IVF treatments, twins have almost become the norm. In many clinics, more than one-third of IVF births are multiples, mostly twins.

Given the cost of IVF treatments, it’s usually easy to persuade doctors to transfer more than one embryo. This increases the chances of pregnancy (and also chances of twinning). But you may be surprised that a new trend in reproductive medicine goes toward the so-called “singleton” birth.

Nowadays, single births are preferred for the simple reason that twin pregnancies have much higher rates of all kinds of risks, for both mother and children.

In fact, this problem is so serious that I would like to dedicate it a separate post.

So, next week I will tell you what an IVF expert who works at one of the best fertility clinics in Europe told me about this issue in a personal conversation.

Please stick around and see you next week!