Scandinavian men are hot! In a conversation with Ole Schou, founder of the world’s largest sperm bank

As I meet Ole Schou, the founder of the world’s largest sperm bank Cryos, at the fringes of ESHRE conference, he says:

– I love this event. Once a year, all professionals from the field come together. It feels a little bit like Christmas.

One of the first things I tell him is:

-When I was younger, evolutionary biology was my hobby. I often wondered whether it would make sense for sperm banks to have women choose their donors at around the time of ovulation in their natural cycle? Doing this could lead to more robust embryos and make more healthy and adaptable offspring. Having women pick the genetic characteristics of the donor just before the ovulation would perfectly mimic sexual selection, which is the most important part of natural selection. 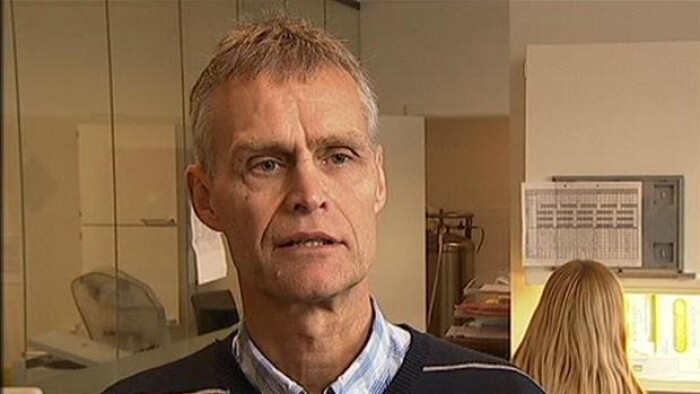 Ole Schou: I’ve done quite a lot of thinking about this. It’s been a long way, and today we’re approaching a point where we think of introducing mechanisms to better mimic the natural process of women choosing men. Our story at Cryos went like this:

I founded Cryos in 1987, following a dream I heard about frozen sperm. Now, we are the largest sperm bank in the world and are currently expanding into the egg donation field. There are many ethical and legal issues to solve in the field of donation of biological materials, and currently, there are no clear-cut answers on how to regulate them. That’s why we are working with lawyers to help us navigate these rough waters.

However, what personally bothers me is that many people around the world don’t have access to treatments and there’s a big gap between demand and supply. So far, there are only two countries in the world with net export of sperm: USA and Denmark. Furthermore about 90% of our production in Denmark is exported. Interestingly, 60% of infertility treatments in Denmark come from foreigners, i.e., mostly single women that come to us for treatment with donor sperm.

Here you can search Cryos donors for free https://dk.cryosinternational.com/donor-search 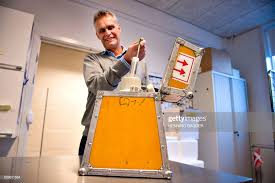 Can you have a donor insemination if you’re single?

Darja Wagner: Can you tell us more about your typical clients?

Ole Schou: We have three sorts of clients: lesbians, heterosexual couples, and singles, with single women being the biggest group.

In recent years, there’s been an avalanche of highly educated, single women including doctors, lawyers, architects, and others who are highly educated and with plenty of resources to give. They’re mostly in their thirties, and sometimes early forties, and were focused on the career first before deciding to have a child with a donor sperm before it became too late.

We also serve heterosexual couples whose needs are different as they often prefer an anonymous sperm donation in order to hide their infertility. There are, of course, big individual differences, but in our experience, heterosexual couples often prefer to know as little as possible about the donor so that the man can easily slip into his role as father. Then, lesbian women often look for characteristics that are similar to themselves or to their female partner. So, we use different approaches for different market segments .

In recent years, there has been an increased sensitivity for the needs of children, and we have increasingly come to understand that it’s probably better to tell the child about the way they were created, independent of a sperm donation being anonymous or open.

The most common age for single women to have fertility treatment was 40-42 in 2017, according to the HFEA data. IUI or artificial insemination is the main treatment for single women who want a family. Single women can have insemination with or without fertility drugs, depending on their ovarian reserve and other factors. It is advisable to first invest about 3 months and prepare your eggs and the rest of your body for pregnancy. If you need my my advice on anything treatment-related or would like me to fix your supplement list to fit your hormonal profile, contact me as described HERE.

Darja Wagner: In Germany there’s a new registry that’s been active since July 2018, and with there are clear guidelinesthat require sperm donations to have open identities, meaning known donors.

Ole Schou: Yes, I’m aware of all details of this legislation. While I find that the registry has many strengths – and I’m happy that the developments have gone this way – it seems obvious that certain needs may be outsourced in the gray market. You can view this as an abortion issue in a way: certain techniques should be allowed and available to everyone, because if you suppress them, they will be a gray market for anonymous practices. This means opening doors for home-inseminations and private platforms for dubious sperm donors. At the moment, we at Cryos find ourselves able to meet all of the demands.

Mom’s baby, daddy’s maybe!! Because it’s been like that for millions of years

Darja Wagner: Many doctors believe that it is essential for a child to be able to know who they are, meaning they should to be able to track their genetic identity, regardles of the decisions made by their social parents. I also happen to believe this. How do you justify the need for anonymous sperm treatment?

Ole Schou: I’ve been following this complex topic for a long time and am often lecturing on this. In Denmark, we had this issue in Parliament already in 1953. Since then, I’ve seen 11 countries abandon anonymous sperm donations, and today, all of them are in short supply and there are a certain number of treatments going on under the surface.

Women sometimes have their reasons to opt for an anonymous sperm donor and whether they find one in a regulated manner – in a sperm bank, a clinic, or solve this privately by any of the different ways, risking all kinds of legal and social issues, including sexually transmitted diseases, is another thing. That’s why I recommend that both options, anonymous and open sperm donations, be available to all communities.

Darja Wagner: So, you don’t think that people necessarily have the right to experience to track their genetic identity?

Ole Schou: No, I don’t think that people necessarily have that right! Let me give you this example. Going back 449 years before Christ, there’s been a sort of expectation that the father of a child is the man that happens to be together with the mother at the time she gives birth. This means that for 2,500 years, it’s been established that social relations regarding fatherhood are the standard rather than the biological ones.
In Denmark, similar to other countries, 5% to 8% of children are not genetically related to the man they believe to be there father.

Darja Wagner: Yes, I know this. As a matter of fact, throughout human evolution this level of genetic variability seems to have been essential to the existence and maintenance of Homo sapiens.

Ole Schou: Exactly. If you read the United Nations Children Convention from 1989, which is about 750 pages long by the way, you will see that every child has a right to nationality, and the right to know it’s parents. However, many parts of the convention have been or are being misrepresented and need to be updated and/or amended. This is because, as a human society, we are now in a situation to have social phenomena like fertility treatments that did not exist back in 1989.
Along with this, we also need to better understand what defines being a parent and to sort out the differences between social and biological parents. In Denmark we have 37 types of registered family forms, so the question is:what is in the best interest of the child? Along with this,what is in the best interest of parents? This is unclear because, in practice, there are often conflicts of interests.

Back to your question about natural selection! Our goal is to make the process of selecting sperm donors as natural as possible going into the future. Let me again give you an example. In the past, medical doctors used to treat sperm donations as a blood or organ donation. Nowadays, this view is very outdated because, as opposed to blood cells that become degraded in the body within several months or organs which cease to function with the death of individual, sperm and eggs become inherited over generations.

Female choice is a powerful natural force which needs to be taken into consideration. Sexual selection has been built into the very essence of thehuman experience,so what I hope to achieve in the future, is to take Cryos to a level where the selection of sperm donors better mimics natural conditions, adapting our services to better facilitate female selection.

My dream would be to copy real-life situations, meaning to give women as much information as possible about their sperm donors. Currently, we provide hand-written letters from our donors, as well as their childhood and adult photos.

However, my personal vision is to go into direction of having flacons that would store sensory information in addition to computer and technical possibilities that would make the process (somewhat) similar to virtual online dating.

Why not create oportunities where women will be able to have a candlelight dinner, be able to feel the smell or even have sex with their donors in the virtual reality?

Darja Wagner: Thank you very much for these important insights!

You can search the world’s largest sperm bank and check the photos and profiles of the candidates here:  https://dk.cryosinternational.com/

Treatment options strongly depend on age – from IUI, to IUI+IVF, towards egg donation+IVF/ICSI.

Women under 35 may be able to get pregnant via IUI with donor sperm. If you are 35 or older, your doctor may recommend moving to combine donor sperm with an IVF treatment on your eggs. Women who are 40 or older may want to consider donor eggs to increase their chance of having a baby. And again, whatever you chose to do, please first invest about 3 months to prepare your eggs and the rest of your body for pregnancy. If you need my my advice on anything treatment-related or would like me to fix your vitamin-list to fit to your hormonal profile, you will find me HERE.